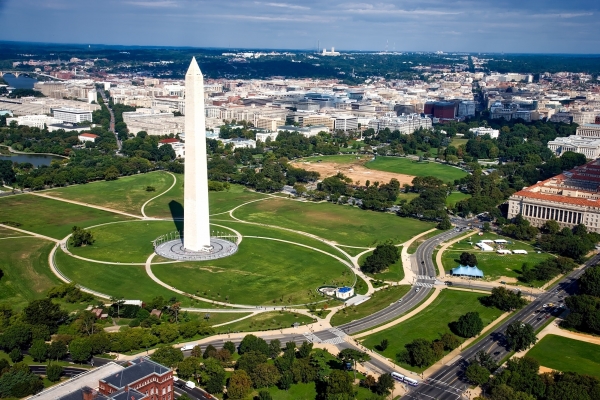 Best Place to Stay in Washington D.C. Part I

Evergreeners Lanee and Billy W. have gone to the Nation's Capital about 12 times now and it remains one of their favorite places to visit. They always see something new, so they keep going back for more. They stay with Evergreen Bed & Breakfast Club members about 30 minutes outside the city and ride the metro in each day for fun and sightseeing. 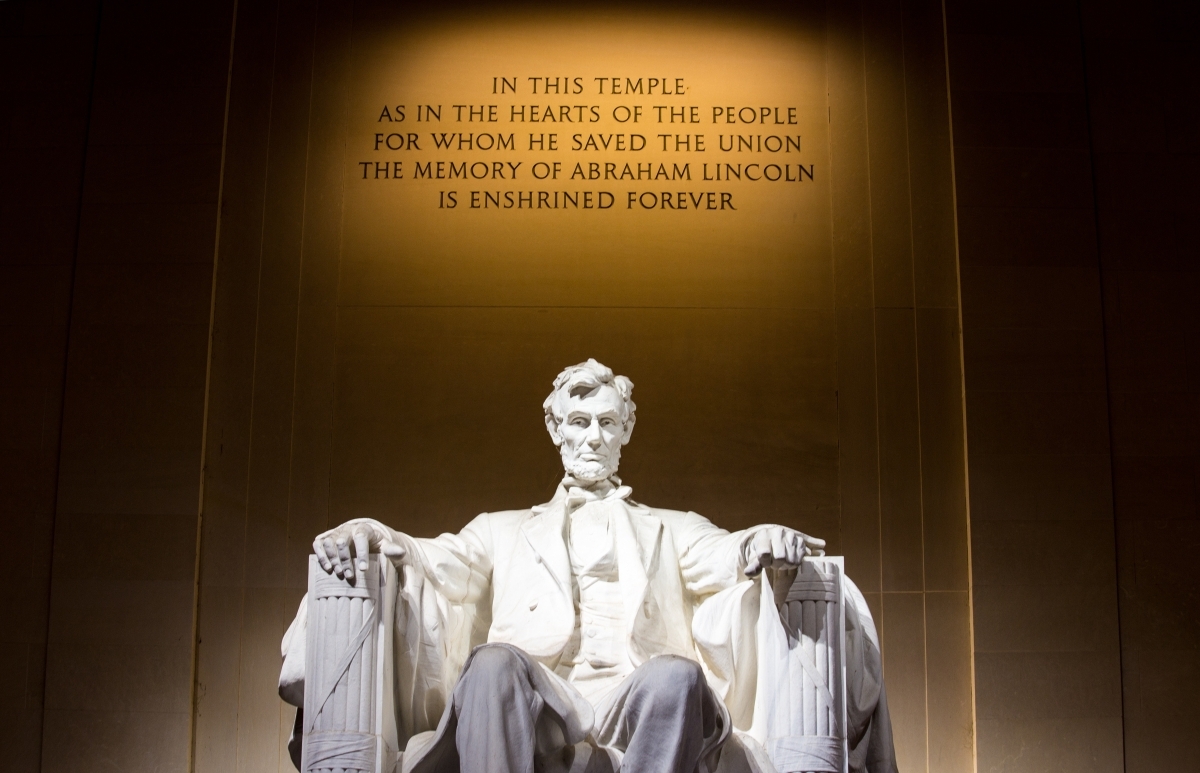 The Best Place to Stay

The best place to stay in Washington D.C. (and world wide, in fact) is with local Evergreen B&B Club members. This host-and-travel homestay group is the lodging alternative for friendly people over 50. There are lots of Evergreen members in / around Washington D.C. Thank goodness, because the hotel prices there are just bonkers. So instead of blowing your vacation budget on lodging, stay with friendly locals who can give you the inside scoop on the best places to go, best things to eat, best way to get there, all for just $20/night. Oh, and that includes breakfast. Now that's the way to travel savvy! Here's the Evergreen B&B Club map of the Nation's Capital showing roughly where the Evergreeners are located. Remember, that one house on the map depicts at least one or more houses. 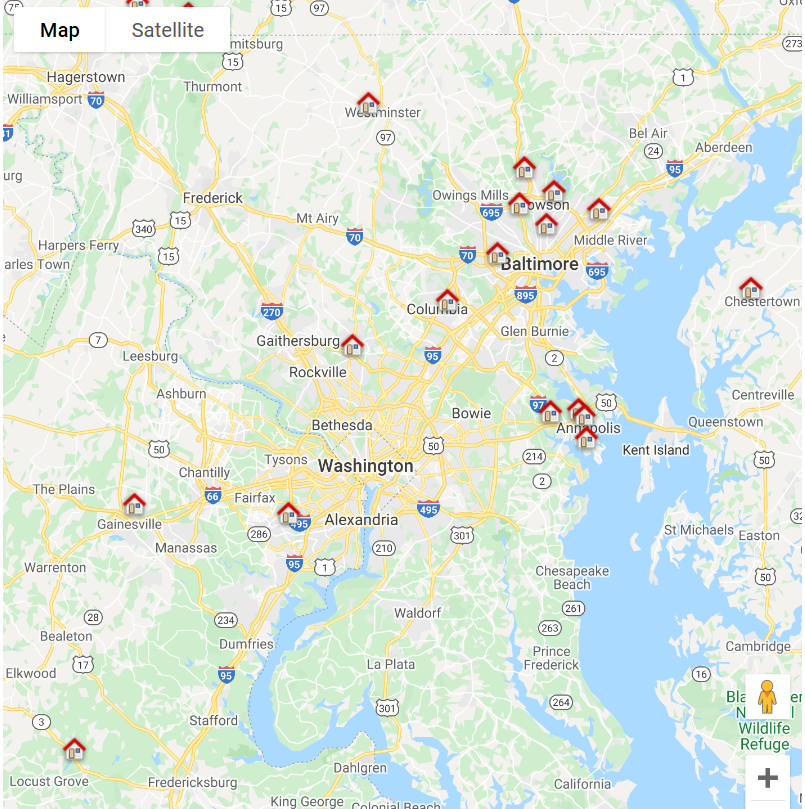 The Best of Washington D.C.

During Billy and Lanee's wonderful presentation, they returned to this map as a reference point. It really helped to see where each of these attractions were in relation to one another. 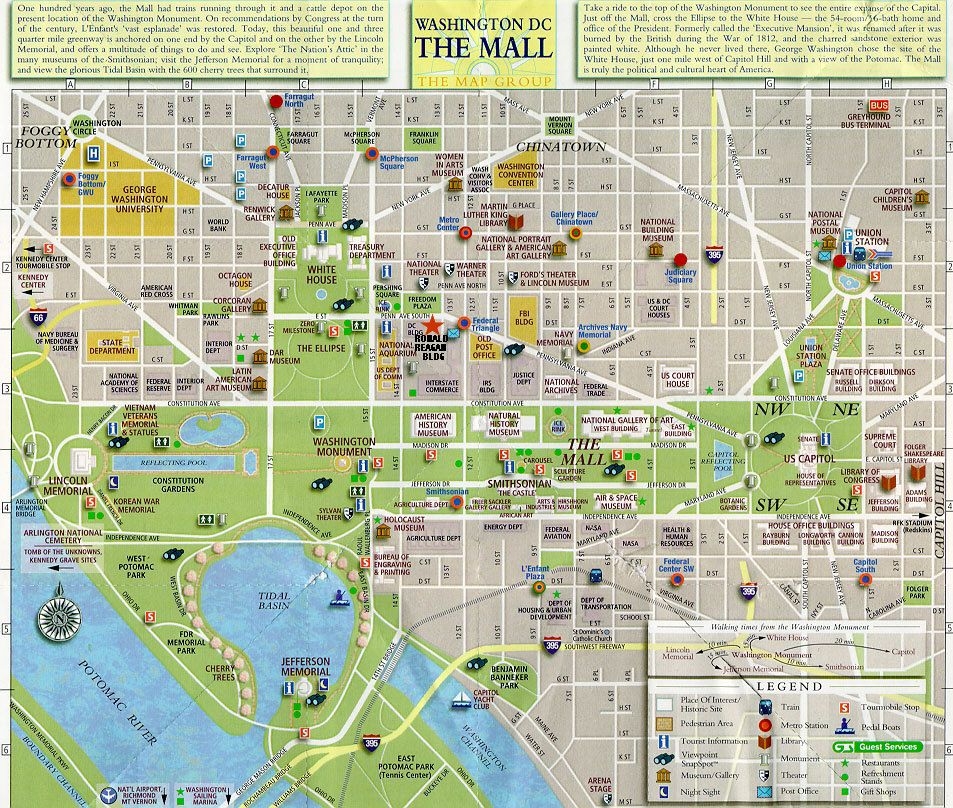 By Foot and By Train

Billy & Lanee love taking the metro. They buy the 7 day unlimited pass because it’s just $58 and grants unlimited rides. Sweet! Billy said it’s a strategy for “saving their feet” because they do a whole lot of walking around on hard pavement while there. So it does seem wise to invest in a good pair of walking shoes and the unlimited metro pass. 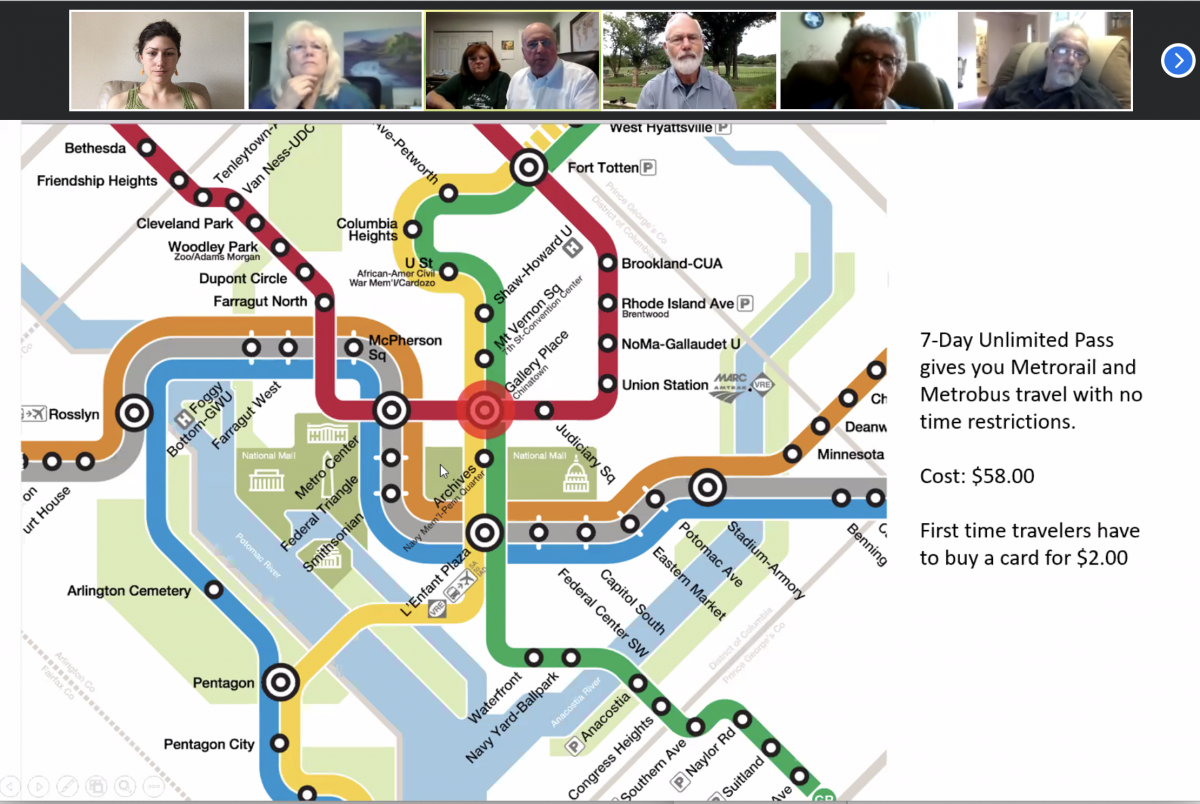 The first place they told our group about via Zoom video call is Arlington National Cemetery. The white marble grave stones stretch out in orderly lines as far as the eye can see. It’s a beautiful and sobering scene. It becomes apparent very quickly that our freedom isn’t free. These brave soldiers made the ultimate sacrifice so that we can have and enjoy the freedom that is now the envy of the entire world. 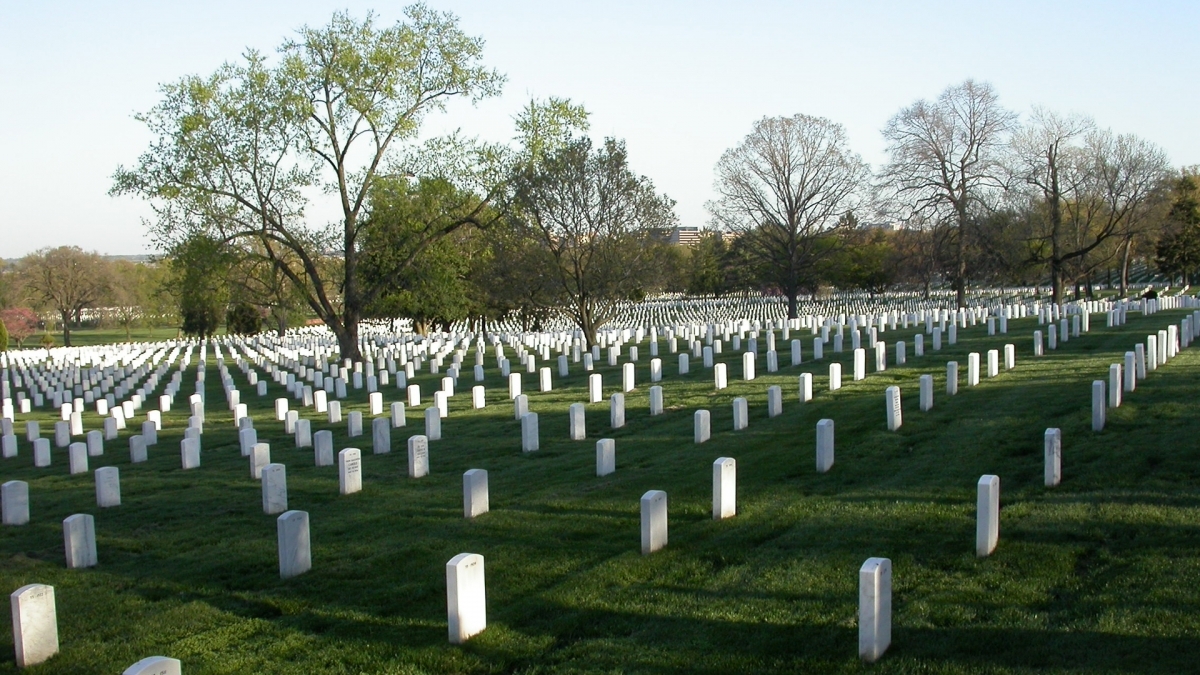 Billy and Lanee watched the Changing of the Guard at the Tomb of the Unknown Soldier. In the summertime they change the guard every 30 minutes and in the other seasons it’s every hour. There is a single beautiful floral wreath set in front of the Tomb to commemorate those dear ones’ brave lives. They change out the wreath of flowers several times a day to keep it fresh. 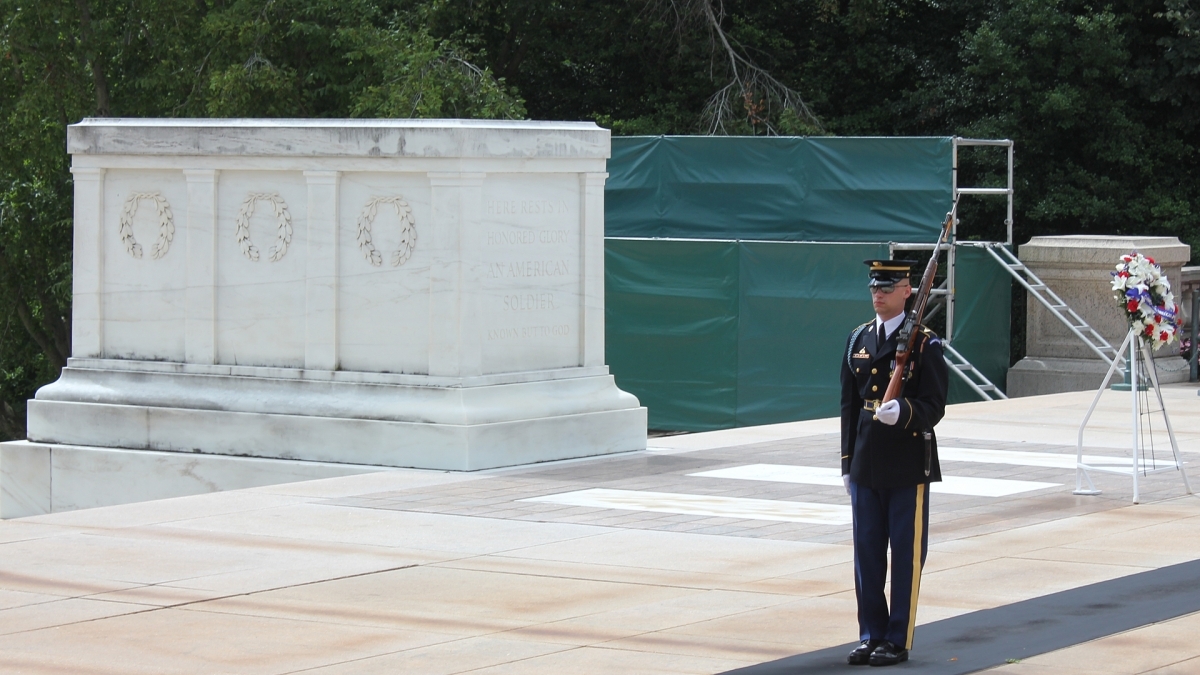 It’s not just military people buried there. Spouses of service men and women can also be buried there near their loved one. Also within the Arlington National Cemetery grounds is the Women in Military Memorial, the US Coast Guard Memorial, and the famous Marine Memorial with the soldiers holding up the flag.

Heading out toward the Mall, you’ll see the Smithsonian Castle. This is considered the welcome center for all the Smithsonian museums. As you enter the grounds, you’re greeted by an exquisite garden with birdhouses and sculptures. The exhibits inside are truly fascinating. They range from insects to giant seeds and all sorts of remarkable things from every field of study. 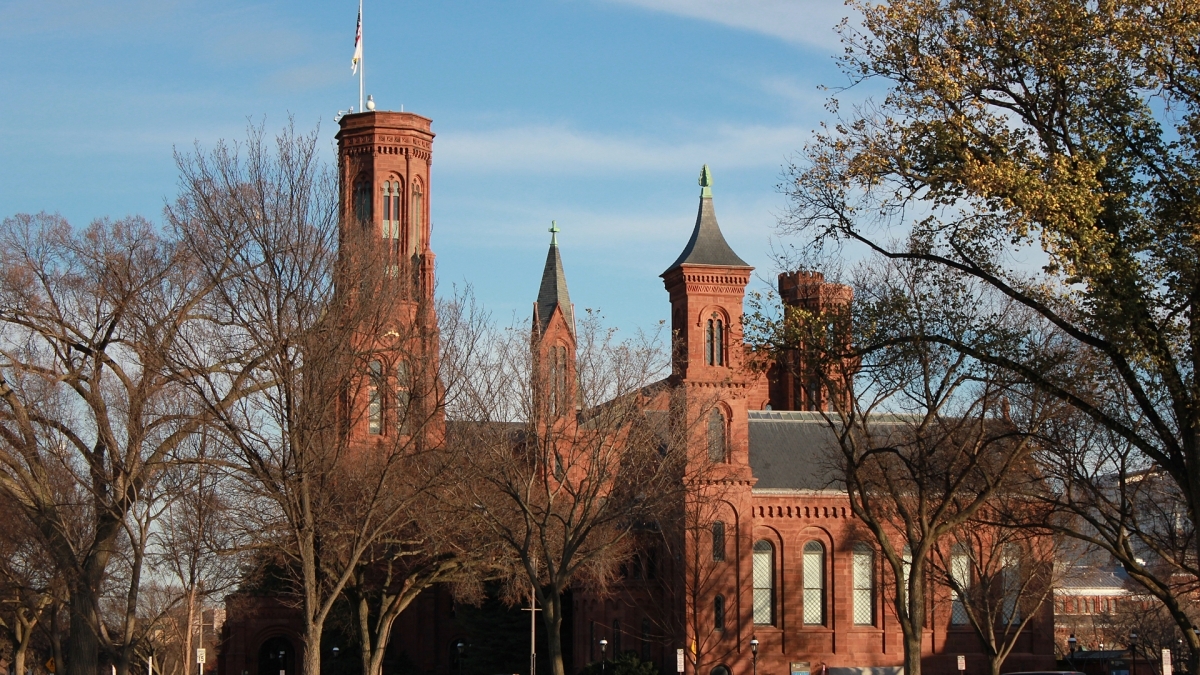 Quick note: All the Smithsonians are free.

Next, you can enjoy the National Air and Space Museum which is a good option if you’ve got kids / teenagers with you because of all the interactive and hands-on activities there. 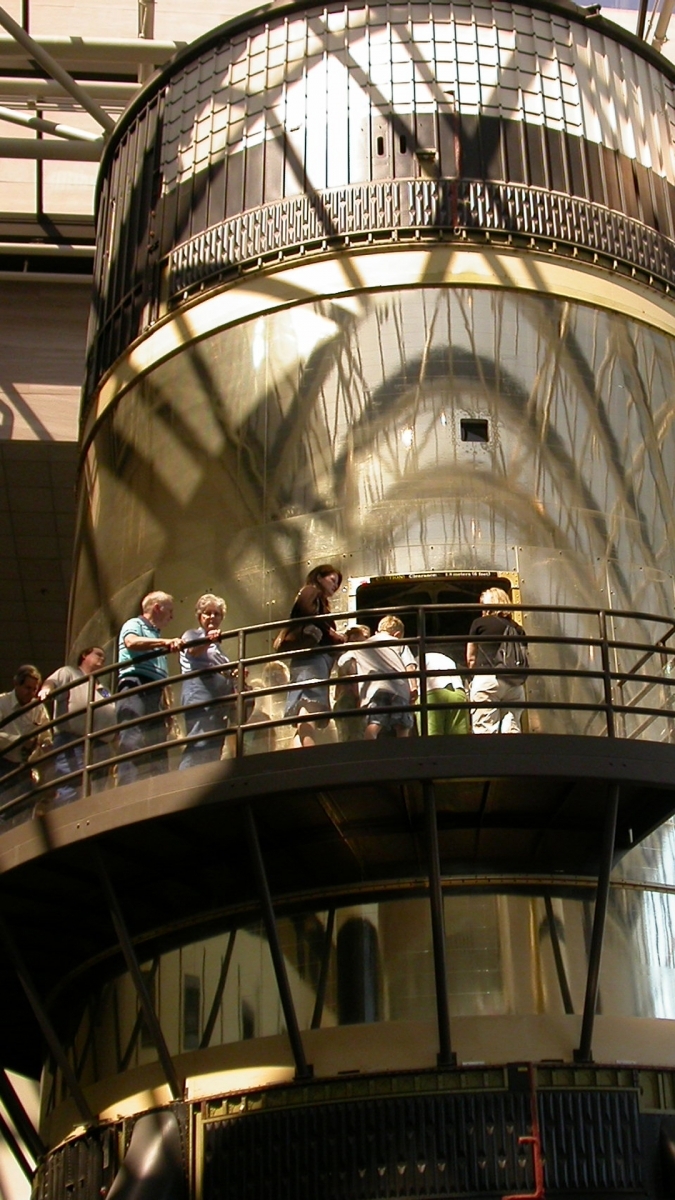 If you want to see some serious aircraft, you have to go to Dulles Airport and check out their huge domed hangers, which house such notables like the Enola Gay - the bomber that dropped the bomb on Hiroshima that ended World War II, The Challenger, etc. There are several of these huge buildings full of aircraft and according to Billy, he could spend all day out there and want to go back a second day. 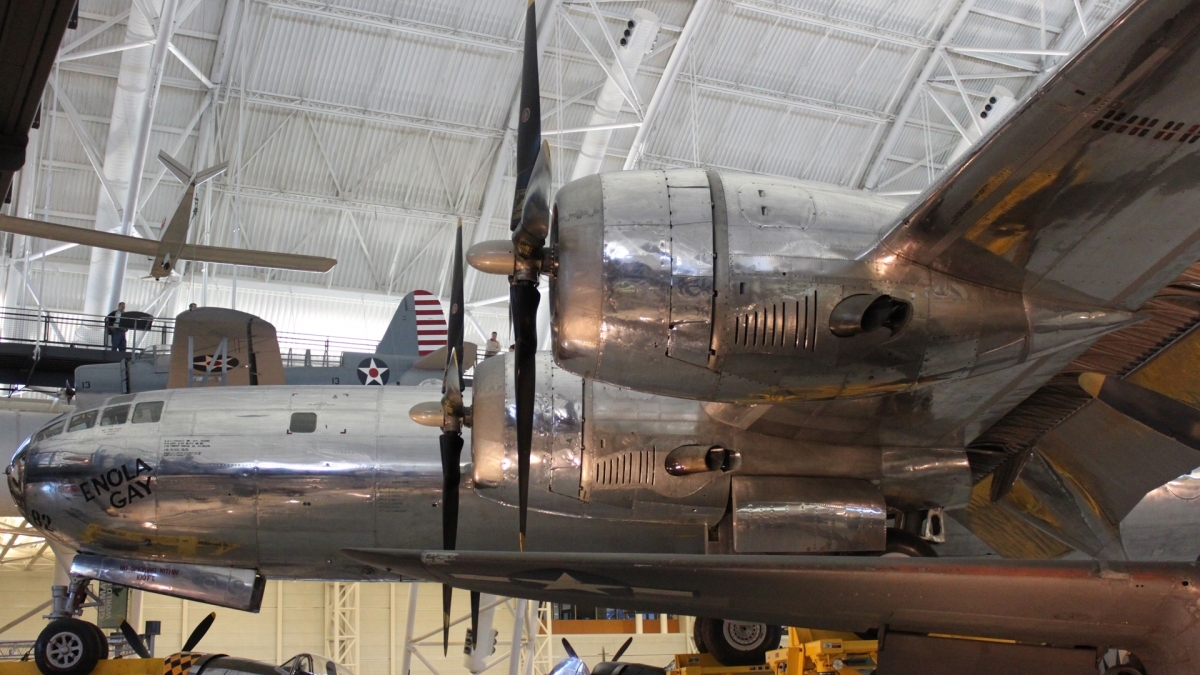 Lanee and Billy were both thoroughly impressed by the American Indian Museum. Billy said “It’s really a gorgeous building.” The exhibits are fascinating and very well done. There are canoes, traditional dancing, and truly delicious food in the cafeteria. This is where the locals go to eat. Expensive but worth it. Some are Native American dishes. 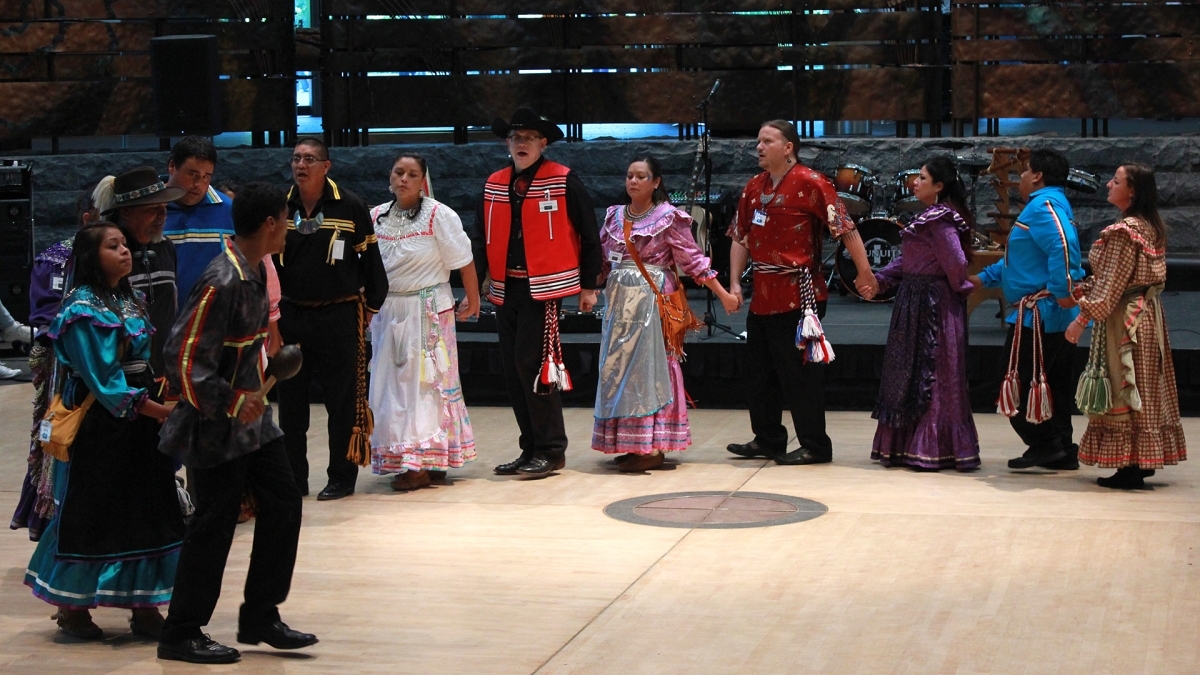 National Museum of American History is the place to go if you want to get pumped up about what makes our country great. You could do it in 3 hours if you were rushing and 8 hours if you read everything. It’s got everything about the history of America including The writing of the National Anthem and battle warn flags, Julia Childs’ kitchen, Inauguration dresses from all the first ladies, and even Captain America's shield, Wonder Woman, Wolverine… All things Americana.

As you might expect, the Museum of Natural History has lots of info on the solar system, animals, dinosaur skeletons, plants, and all things nature. Billy said he spent 2.5 hours looking at the gemstones while Lanee spent most of her time gazing at the world-renown Hope Diamond. She did wink and say that they had an anniversary coming up! 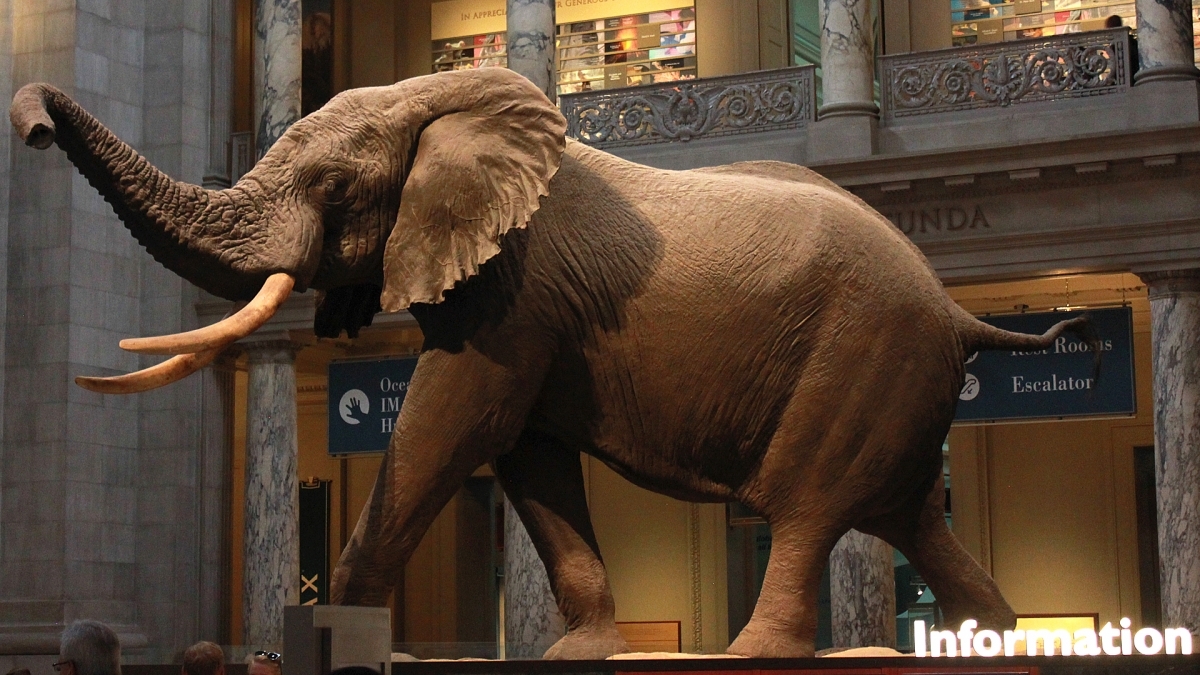 One Evergreen on the call asked, “How many days should you plan for a trip?” Billy answered “3-4 days and then a few days to recover after that. You do a lot of walking.”

What to do with Kids

Several of the Evergreeners on the call have children in college and other members already have grandkids, so the question came up, “What’s a good age to take kids / grandkids? The answer was “Probably around 12+ because of all the walking.” Of course the National History Museum and various others have lots of hands-on activities and plenty of things for them to do, but just be conscious that the walking is pretty demanding. If you really need a break, you could go paddle boating in the Tidal Basin, which is fun for kids and adults alike.

They also went to the National Gallery of Art and saw amazing paintings, furniture, the tunnel of light. Then there was also plenty of modern art which  they didn’t appreciate. But they did like the big blue chicken on the roof. 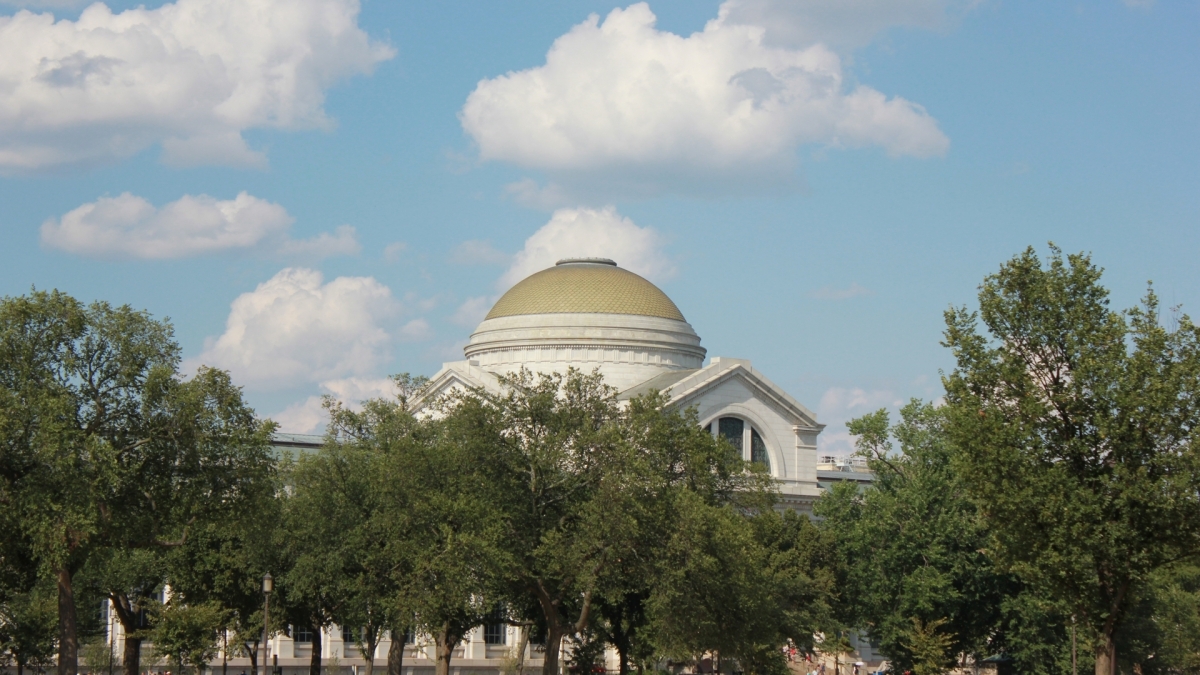 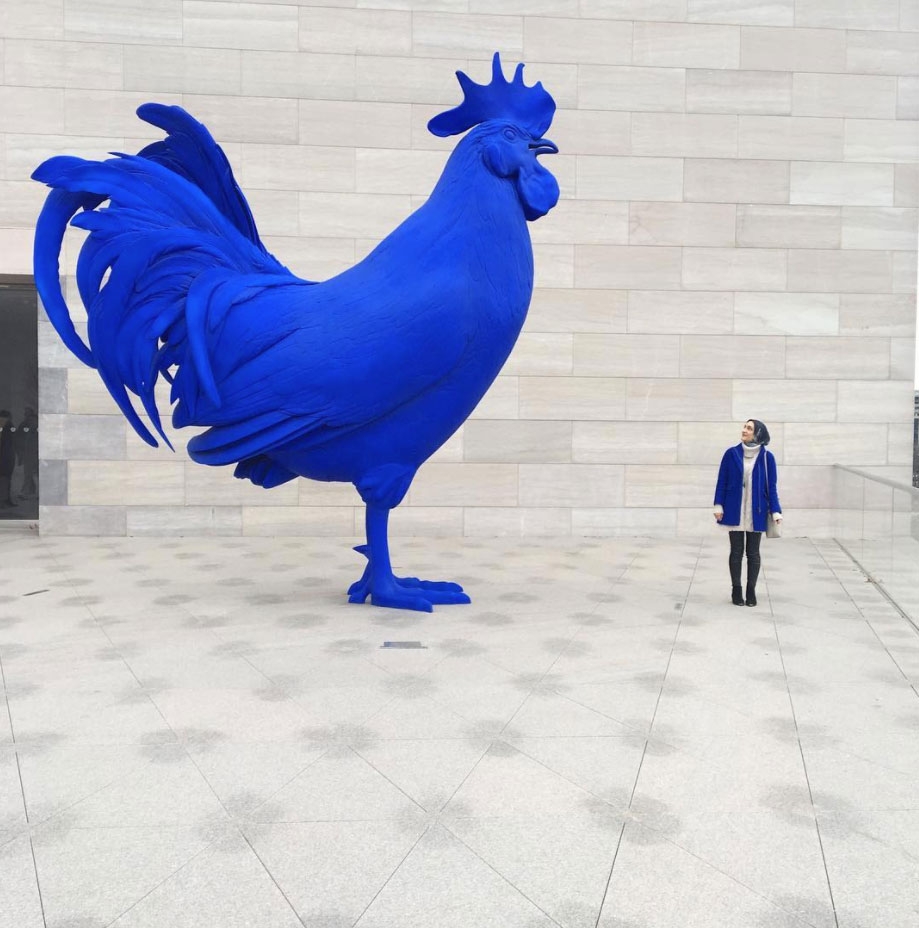 Billy and Lanee were totally impressed with the African American Museum, featuring history and culture. From the outside of the building it looks like it’s 3 stories, but it’s actually 6 stories inside, making it an all-day event. Inside you see images of heartbreaking injustice, relics and photos of the slave trade including slave shackles and diagrams of how the slaves were transported across the ocean in ships’ holds. As you ascend up through the building you head toward present day. You see memorabilia from the civil rights movement, an exhibit on Dr. Martin Luther King Jr. You come up through great athletes, actors, and even see Chuck Berry’s red Cadillac. It’s easy to spend 6 to 8 hours there. The museum cafeteria specializes in soul food, that is known for being some of the best food in Washington D.C. Lanee and Billy recommend getting a timed ticket because this museum is still new and often sold out. 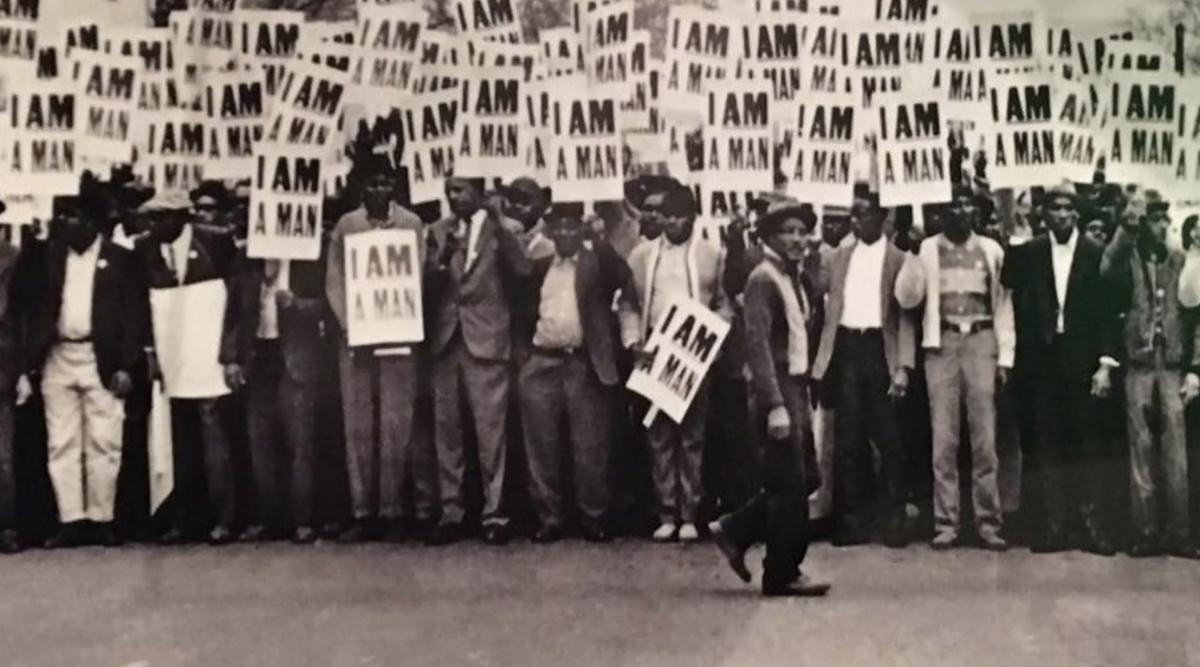 They also went to the Holocaust Museum. They change out the displays in the basement every 18 months. Again this is another Museum where you could really spend all day if you read everything. And because of the nature of the subject matter, it leaves most visitors truly humbled and heartbroken, so it’s best to schedule a quiet night of reflection and gratitude for the relative freedom, peace, and equality that we’re now experiencing as a world.

Nearby, the US Department of Agriculture is a must for amazing fresh food. The USDA offers pay by the ounce pricing on their fresh fruit and veggies. And just beyond that, the Bureau of printing and Engraving makes for a fascinating stop. Feast your eyes on bales of $100 bills. Just to give you a sense, a bale has $320,000 in it. You can bet the security is tip top in a place like that.

Lanee and Billy’s advice on this is to contact your representative or Senator to get an intern to give you a tour of the Capital. Do this 21-90 days in advance. Otherwise you’ll wait in line until you die. It’s a great tour and well worth it — if you book ahead of time. 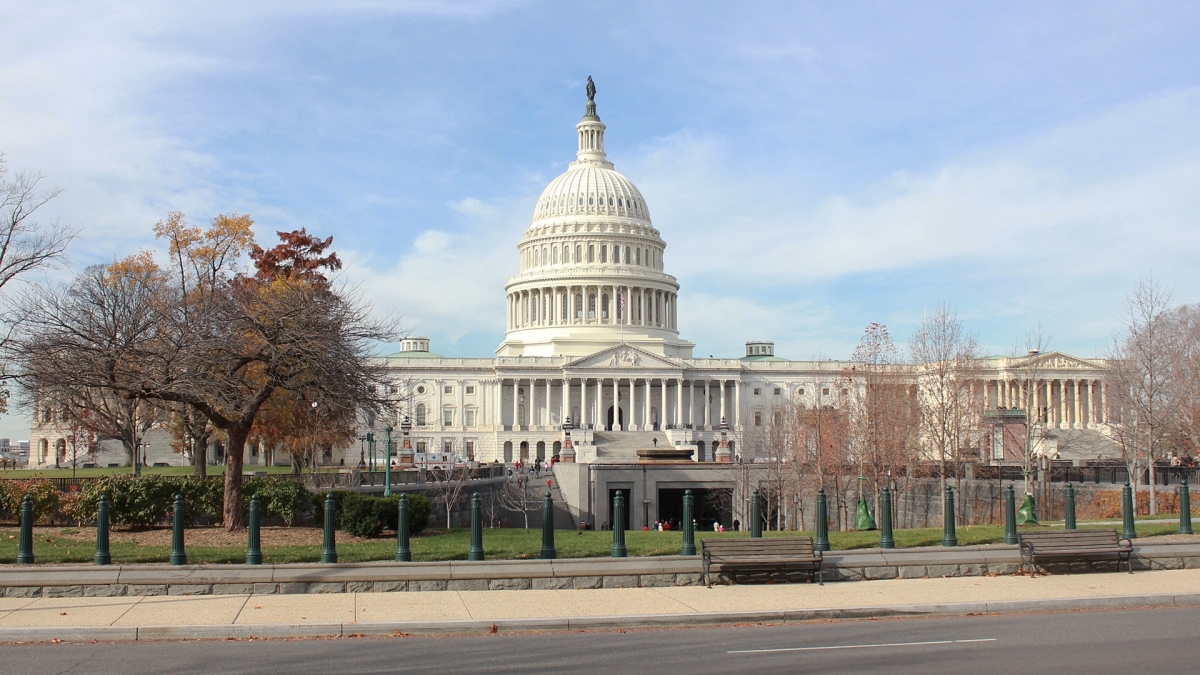 Same deal with the White House. It’s best to contact one of the members of the House of Representatives in order to get someone to take you through. You can go to the vistor’s center, but it’s really just a tease. Best to do the actual tour of the White House. Most of the time, the Secret Service people are your guide. 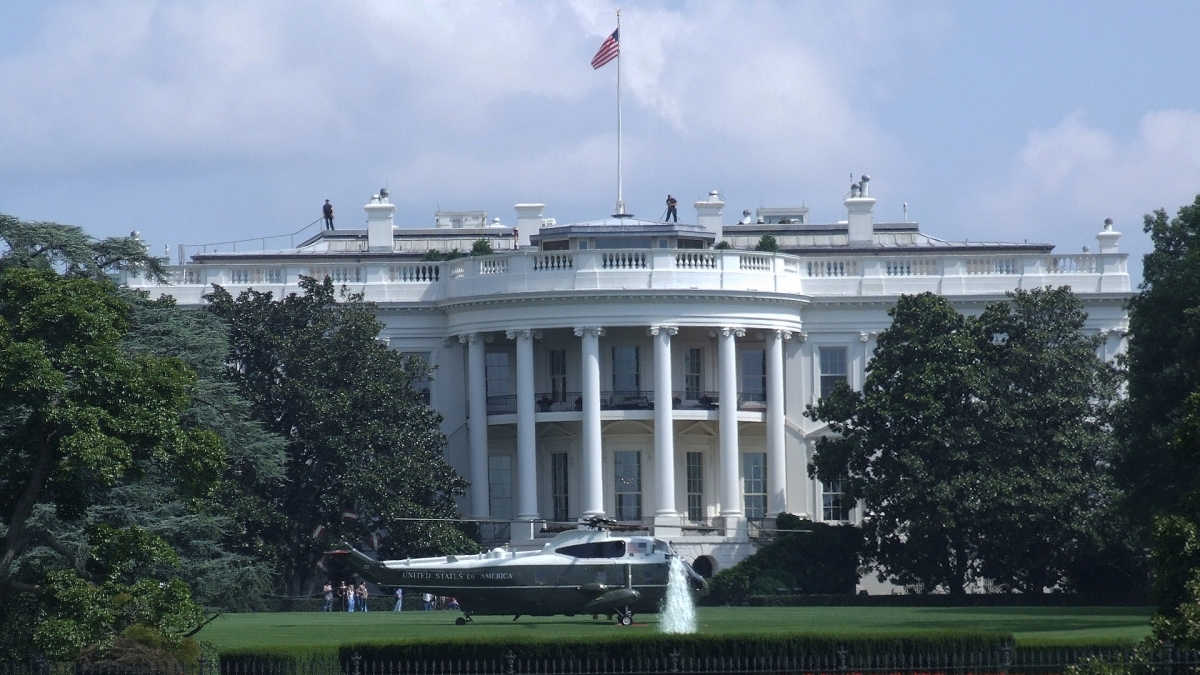 Remember that the White House is a house. Therefore, try to book your tour for early in the morning. The tours are all done by 11am. They roll out rugs for during the tours, but after 11am it becomes a home again.

The Pentagon tours can also be reserved online.

Not in July and August. It’s hot, humid, and horrible then. It’s like wading through hot soup. You might as well be in Houston.

Spring and fall are quite lovely though. The Cherry Blossom festival in Washington D.C. is in April with the gorgeous flowering cherry trees throughout the city. But you’ll have to throw some elbows if you want to go at that time of the year. Apparently, everyone and their mother goes up to see the beautiful trees and the crowds become stifling. So you could avoid all that and go check out D.C. in autumn instead. Lots of beautiful leaf color in the fall. 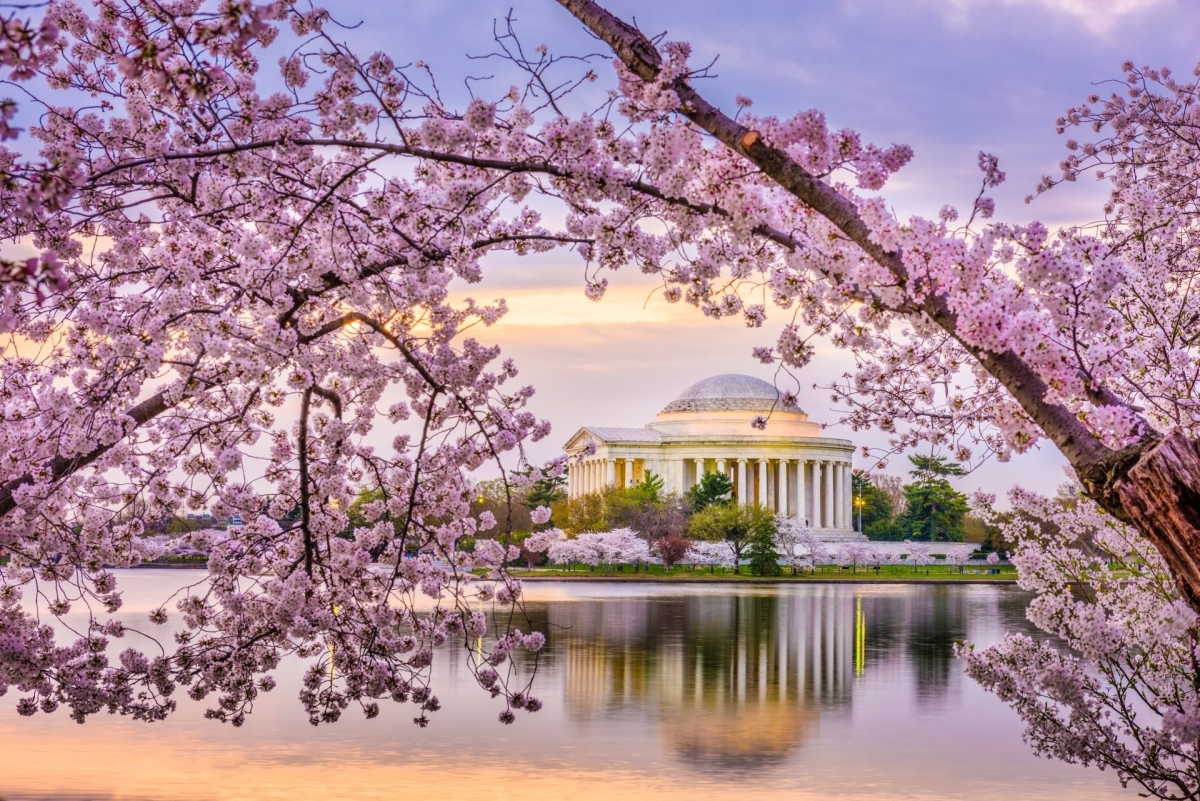 Just hearing about all that walking made us hungry. An Evergreener asked Billy, “What about favorite your restaurants?” Lanee and Billy always go to Dupont Circle for their favorite little Greek restaurant called Zorba’s. As mentioned earlier they always hit the USDA for super fresh fruits and greens. Surprisingly enough, the Supreme Court cafeteria is also pretty good and very convenient. But you’ll have to be the Judge of that.

If Billy and Lanee have been running around all day and just need something quick because they’re tired and ready to get home, they just go back to the metro to Union Station where they have Chipotle, sandwiches, pizza, etc…

It sounds like they had a wonderful time on their trip and their stories and photos have definitely inspired the rest of us to go check out Washington D.C. for ourselves.

Join us on next Sunday’s VTE (Virtual Travel Experience) at 7:00pm EDT. We’d love to see you there!