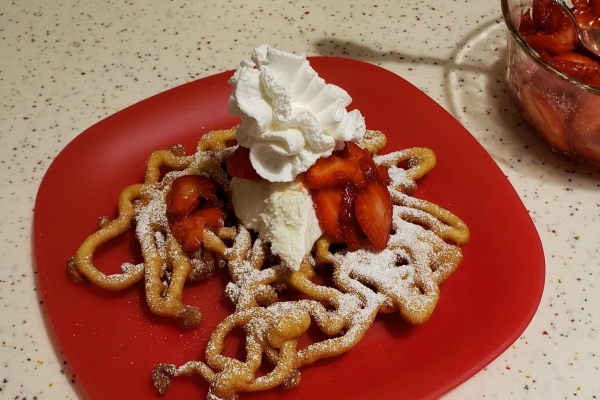 There's nothing quite as American as Funnel Cakes in the summer time. Since we're celebrating Memorial Day and honoring those who gave their lives in service to our country, we thought we'd bring in a classic American dish. Bring the patriotism to your house with Funnel Cakes this summer! It's a great activity to do with kids, grandkids, or even with your Evergreen guests! 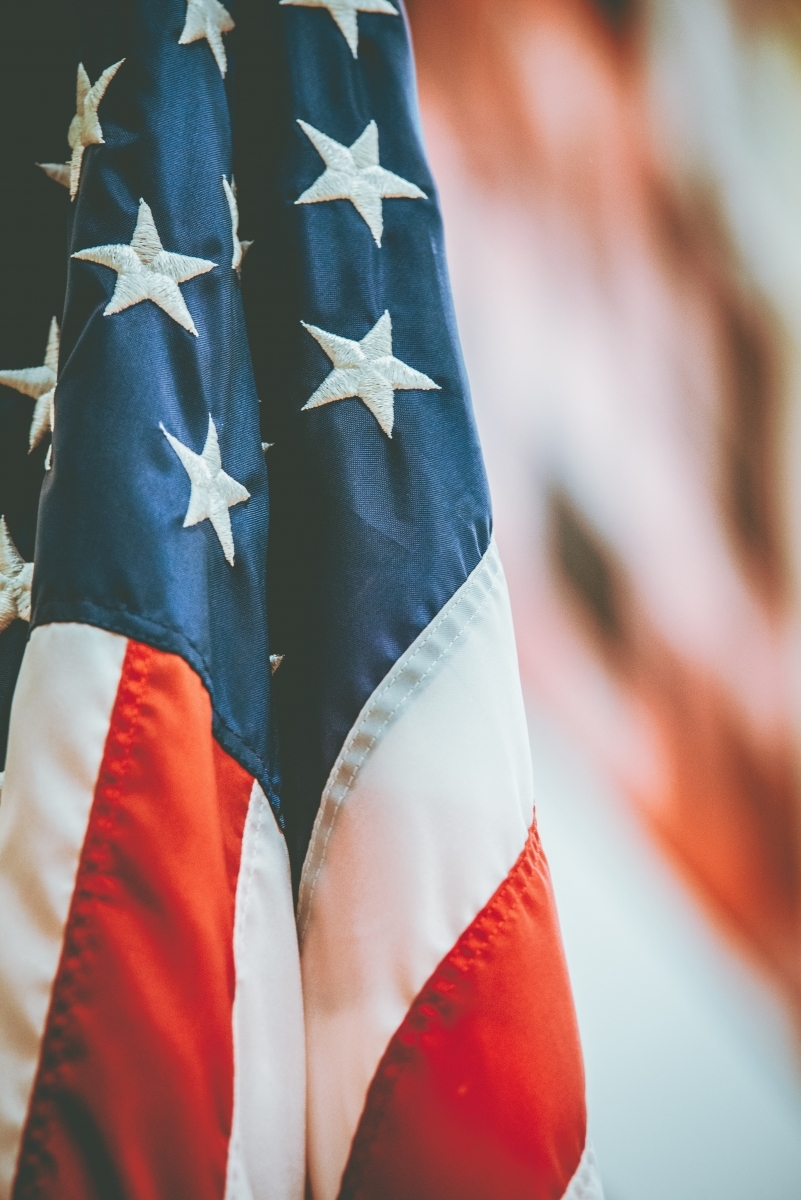 Evergreen Administrator Kathleen from Dallas shared her recipe with the group on this past Sunday's (VTE). But first, let's get some historical background on the funnel cake, as if learning something will cancel out the calories we're about to make and then consume.

History of the Funnel Cake

According to Wikipedia online: "The concept of the funnel cake dates back to the early medieval Persian world, where similar yeast-risen dishes were first prepared and later spread to Europe. Pennsylvania Dutch immigrants brought the yeast dish, known as Drechderkuche, to America, and around 1879, they developed the baking powder version along with its new name, funnel cake."

"Funnel cakes are made by pouring batter into hot cooking oil in a circular pattern and deep frying the overlapping mass until golden-brown. The batter is commonly poured through a funnel, creating its texture and giving its name. When made at concession stands, a pitcher with an integral funnel spout is employed. Alton Brown recommends they be made with choux pastry, which expands from steam produced by its high water content.

"Funnel cakes are typically served plain with powdered sugar but can also be served with jam/jelly, cinnamon, chocolate, fresh fruit, or other toppings."

And since we're supposed to believe everything we see on the internet, I'm willing to bet that's all true.

Now that we have some useless knowledge we can lord over someone at the next trivia night or family gathering, let's get into the recipe.

How to make Funnel Cake

This is a conversation piece – a fun dessert for family and friends to enjoy. Get others involved to help as timing is of the essence. We've talked about this in other blog posts: you CAN delegate. You do not need to fix all the food for everyone every time. The other people standing around the kitchen distracting you and getting in your way can be useful, but you need to take the first step and give them a job.  You. can. do. this.  We believe in you! 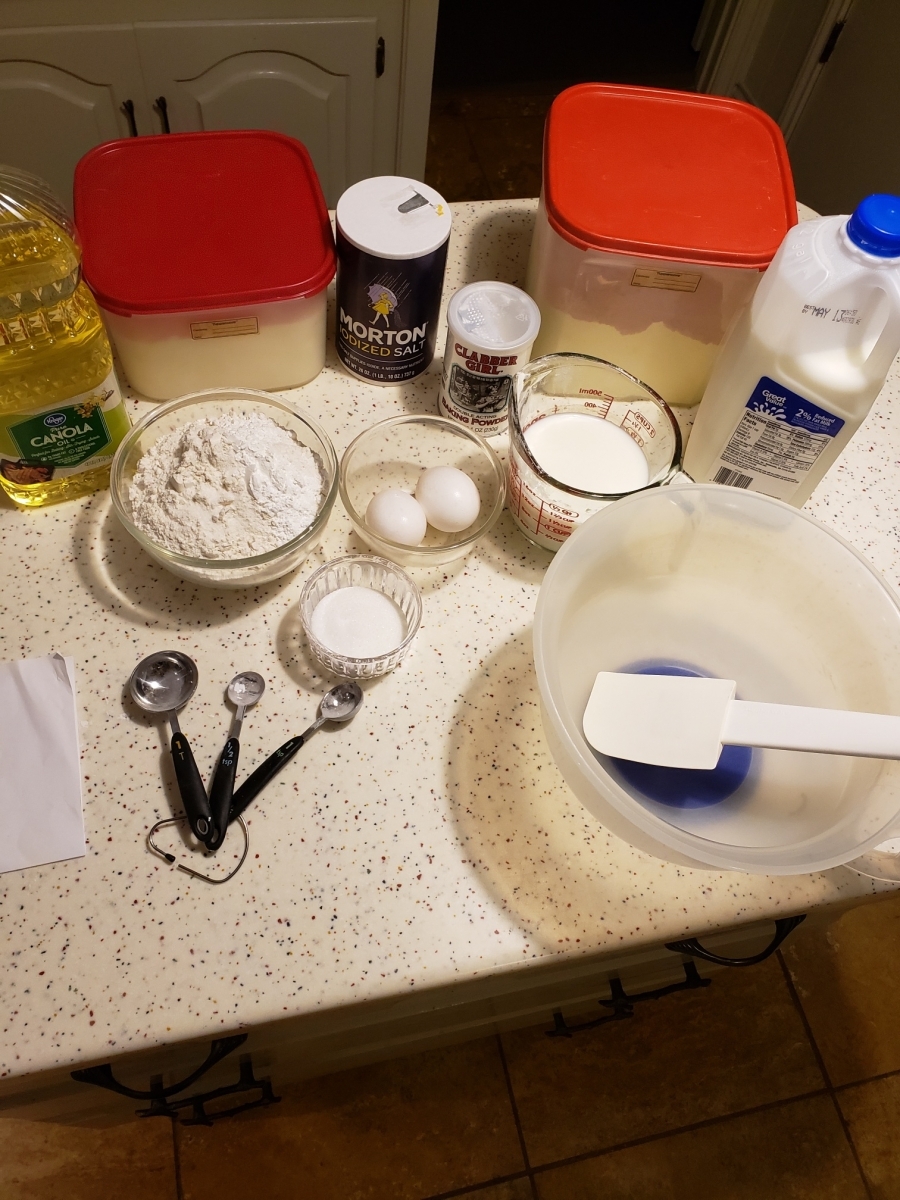 Beat eggs, add milk. With a fork or whisk... not your fists.

In the kitchen, remember that it's okay to take whisks. 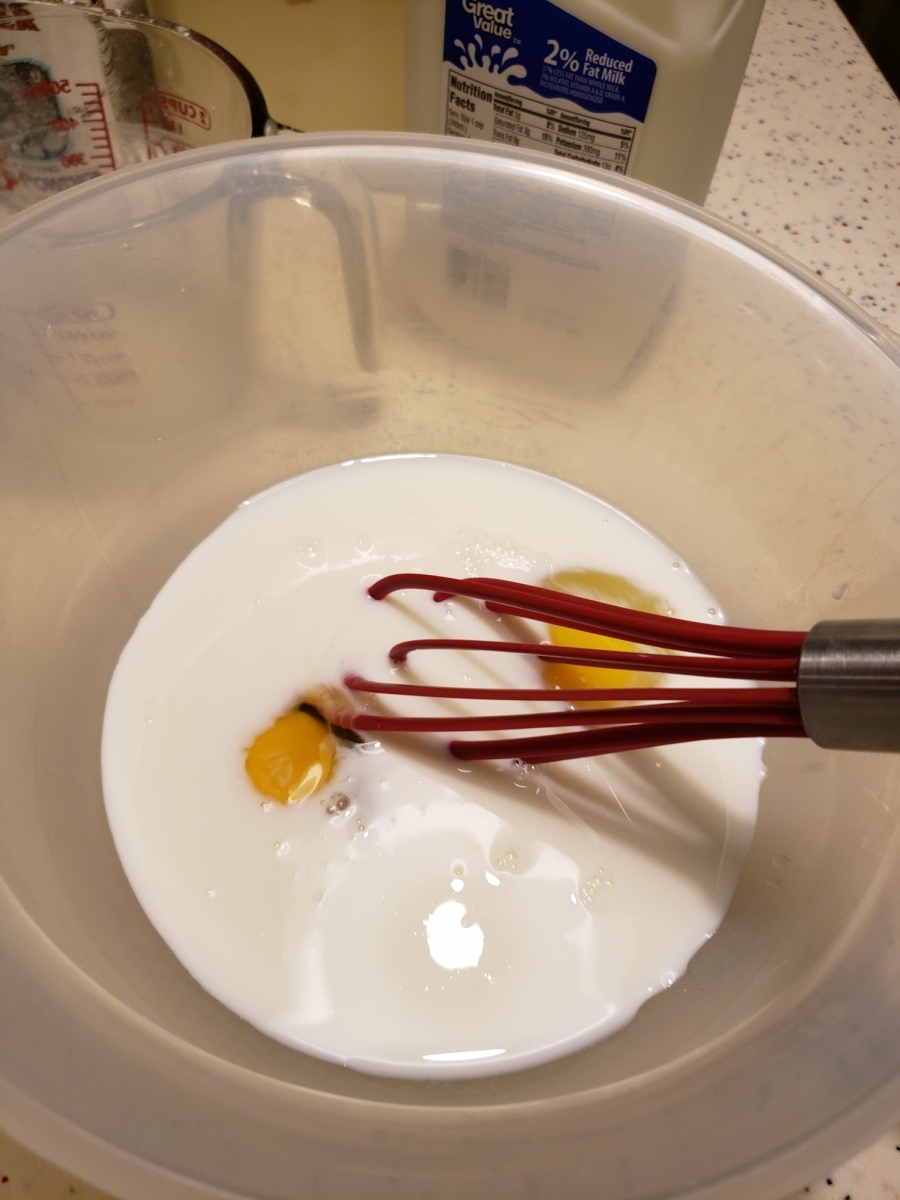 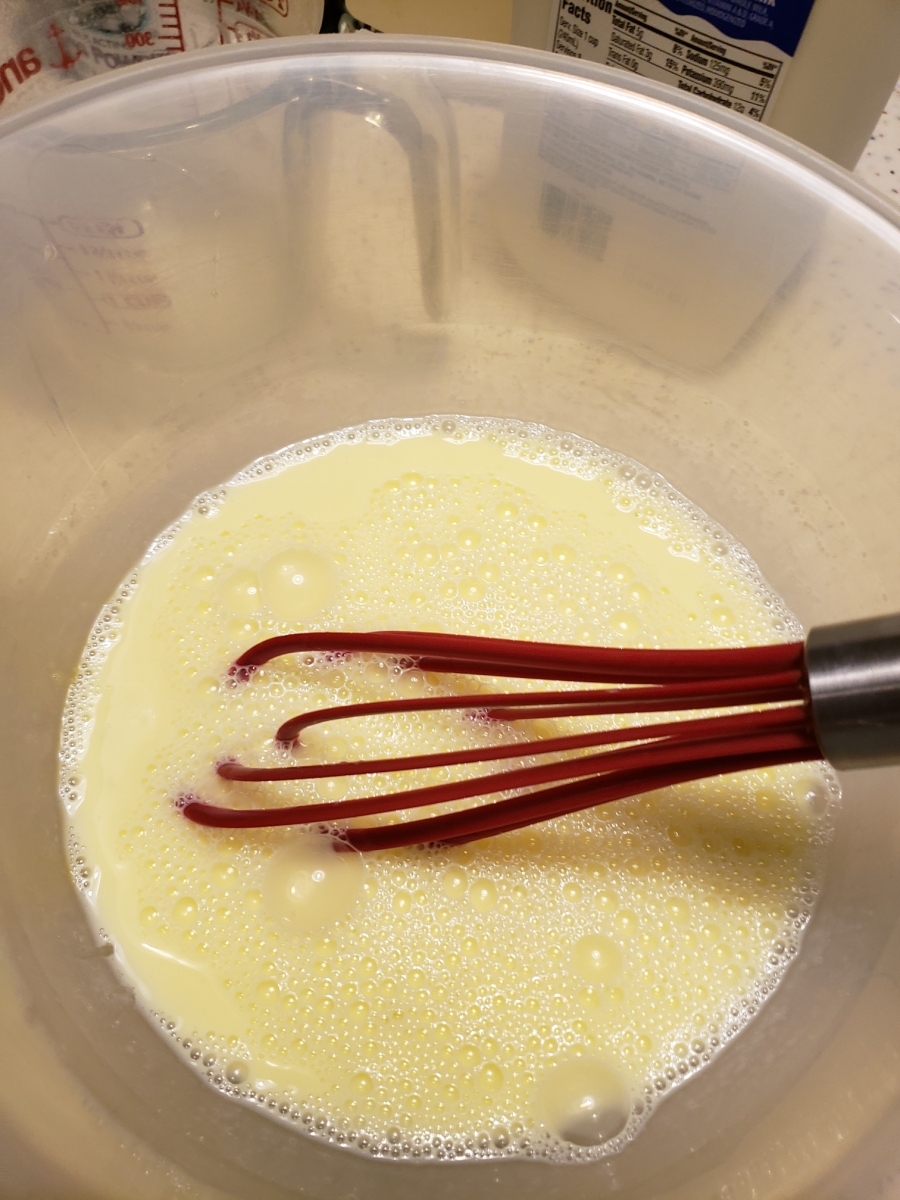 In a different bowl, sift dry ingredients. Then and add the dry stuff to the first mixture. 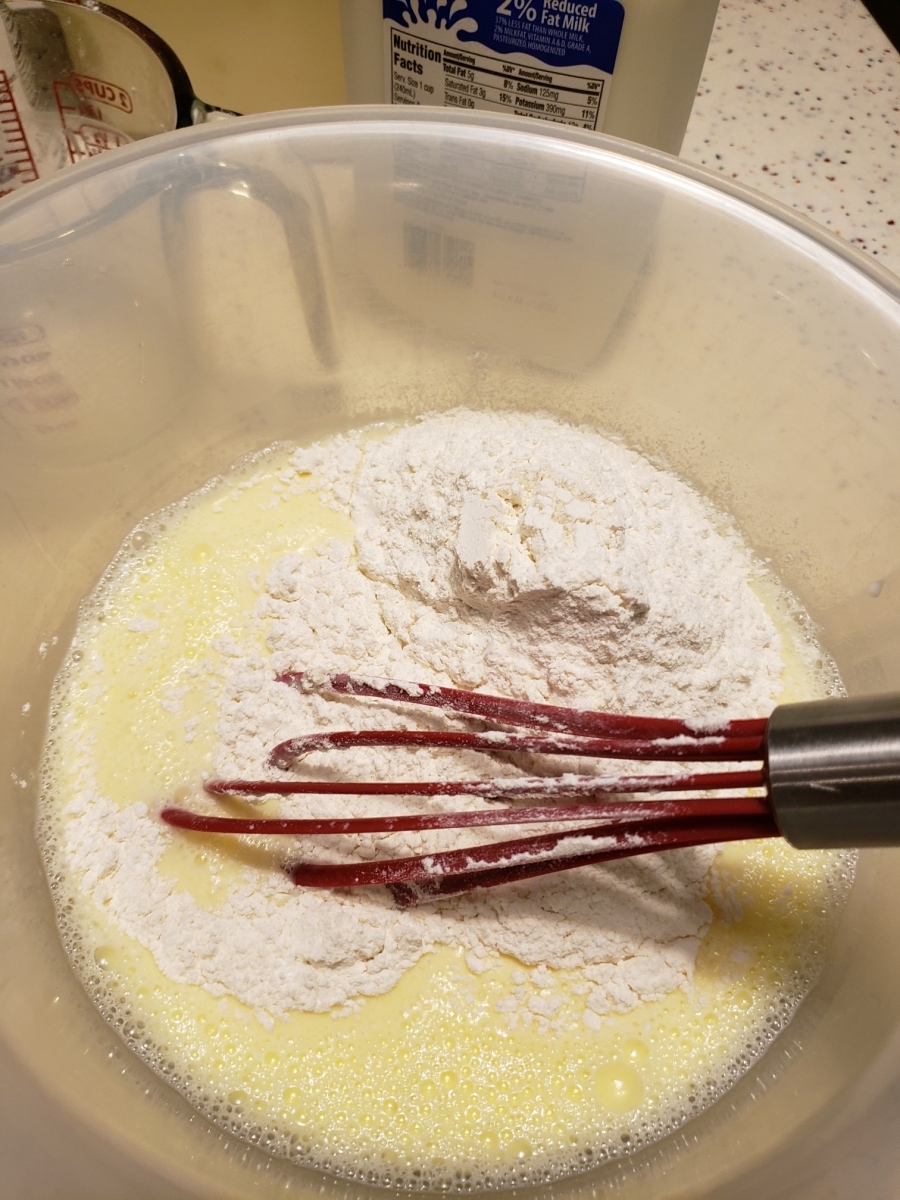 Whisk until smooth. See photo below for consistency. Should be thick but still runny... does that make sense? 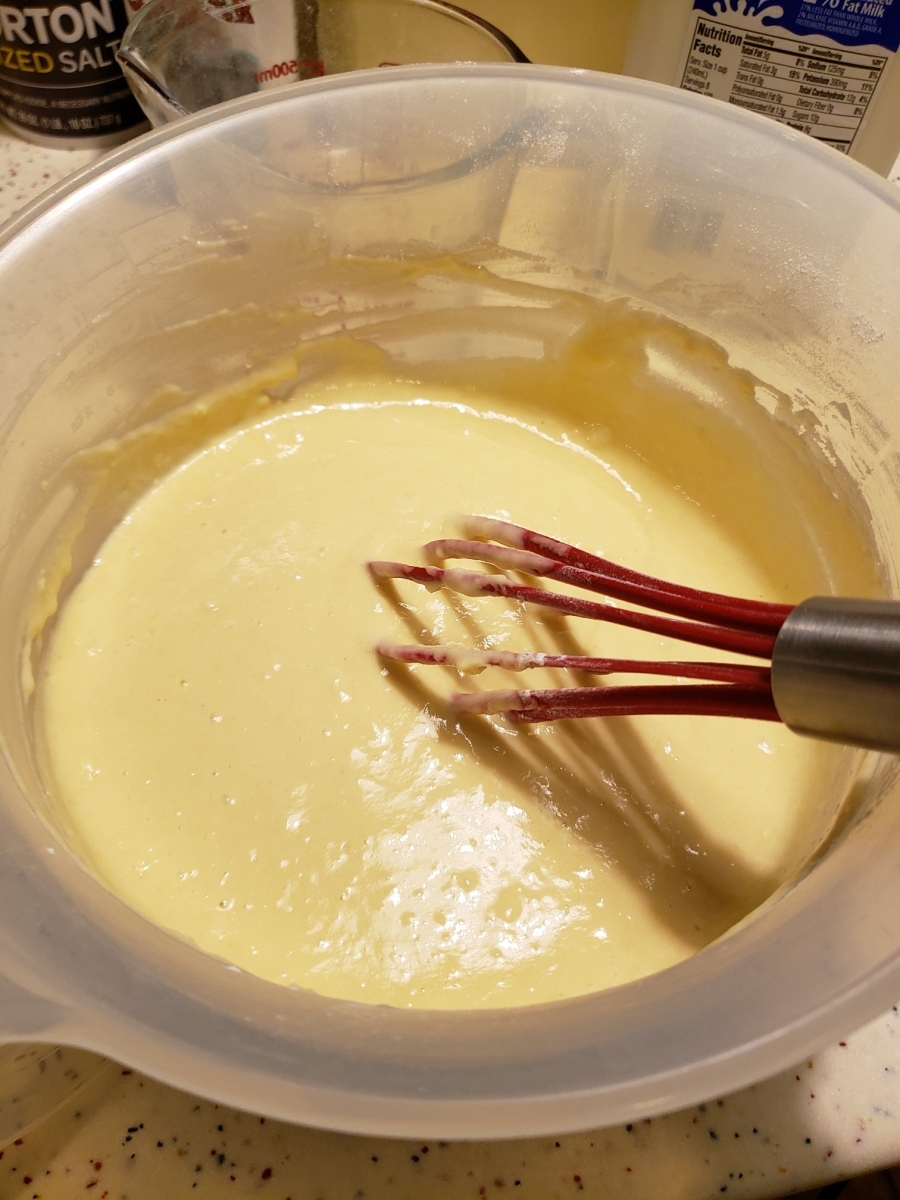 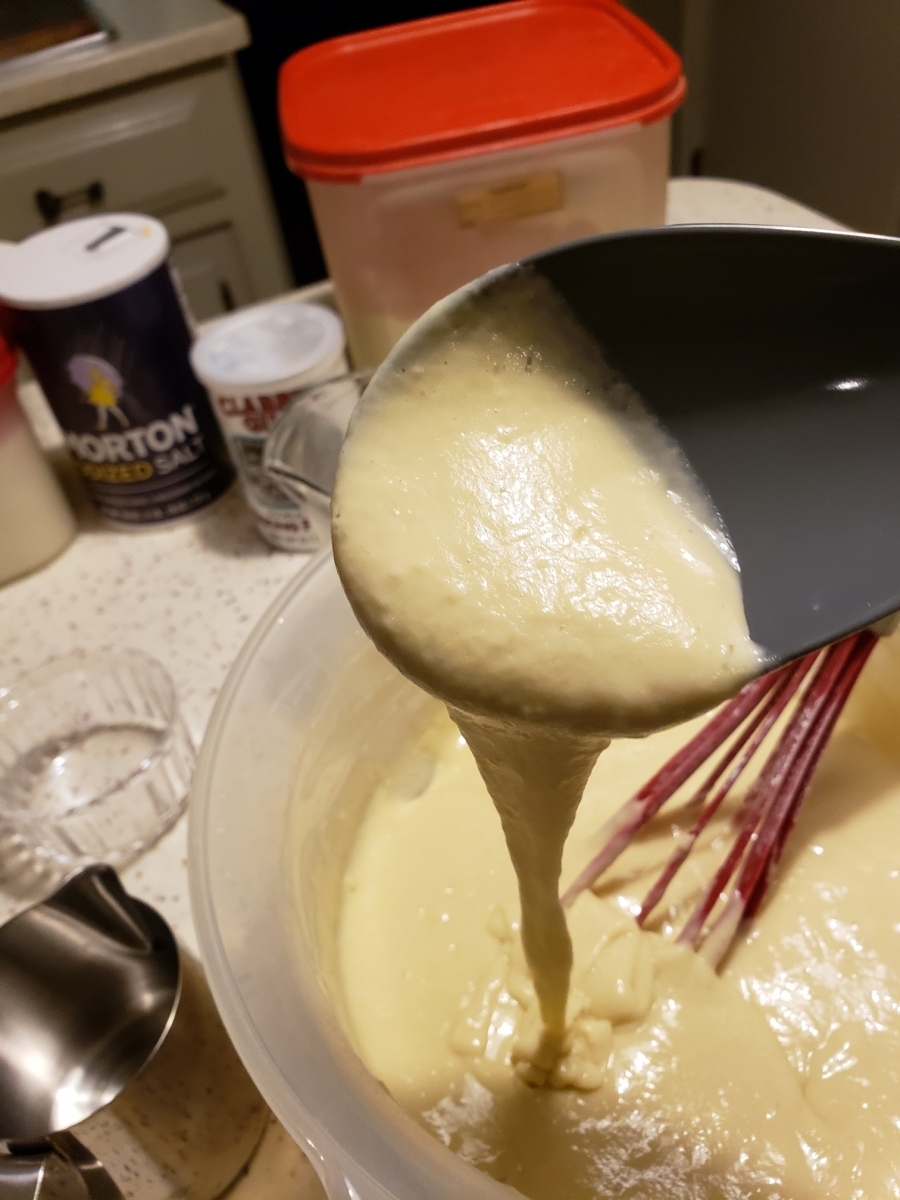 Heat fat (vegetable oil) for deep frying to 375 degrees F.  And try not to think about just how much oil is involved in this. 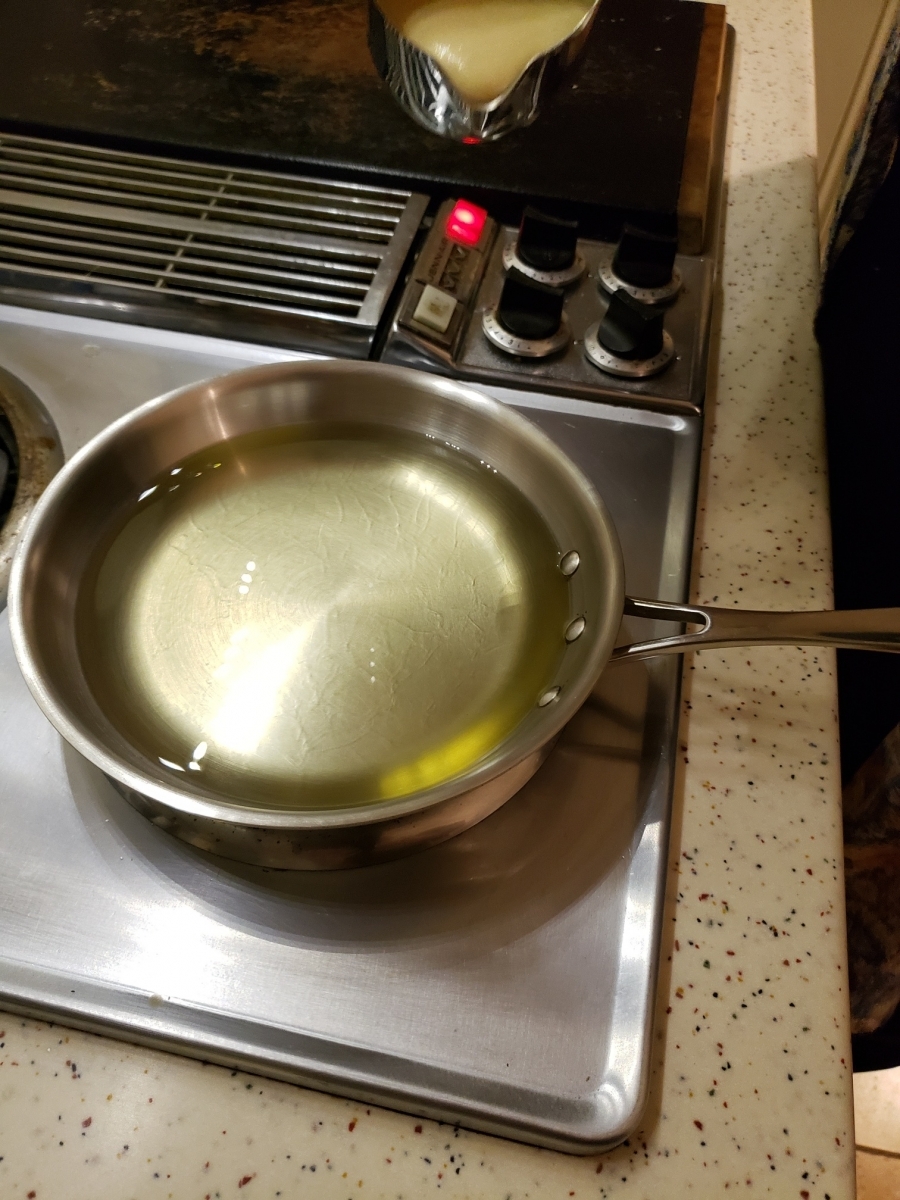 Next comes the part where we pour the batter into the hot oil. A funnel pitcher should be used, but one with a narrow lip may be substituted.

However, since Kathleen is a genius, she used icing bags (like for cake decorating) instead of a pitcher because that would give her more control over the thickness of each "strand". She simply cut tip of the icing bag with kitchen siscors to get the right thickness. Each "strand" of funnel cake should be about the thickness of a McDonald's French fry. We have scientific proof that that diameter is good for frying. That's the size you're aiming for when cutting the tip off the icing bag. Remember, you can always make the hole bigger - you can't make it smaller. So if you're unsure where to cut the bag, start your cut smaller and work up to the desired size. 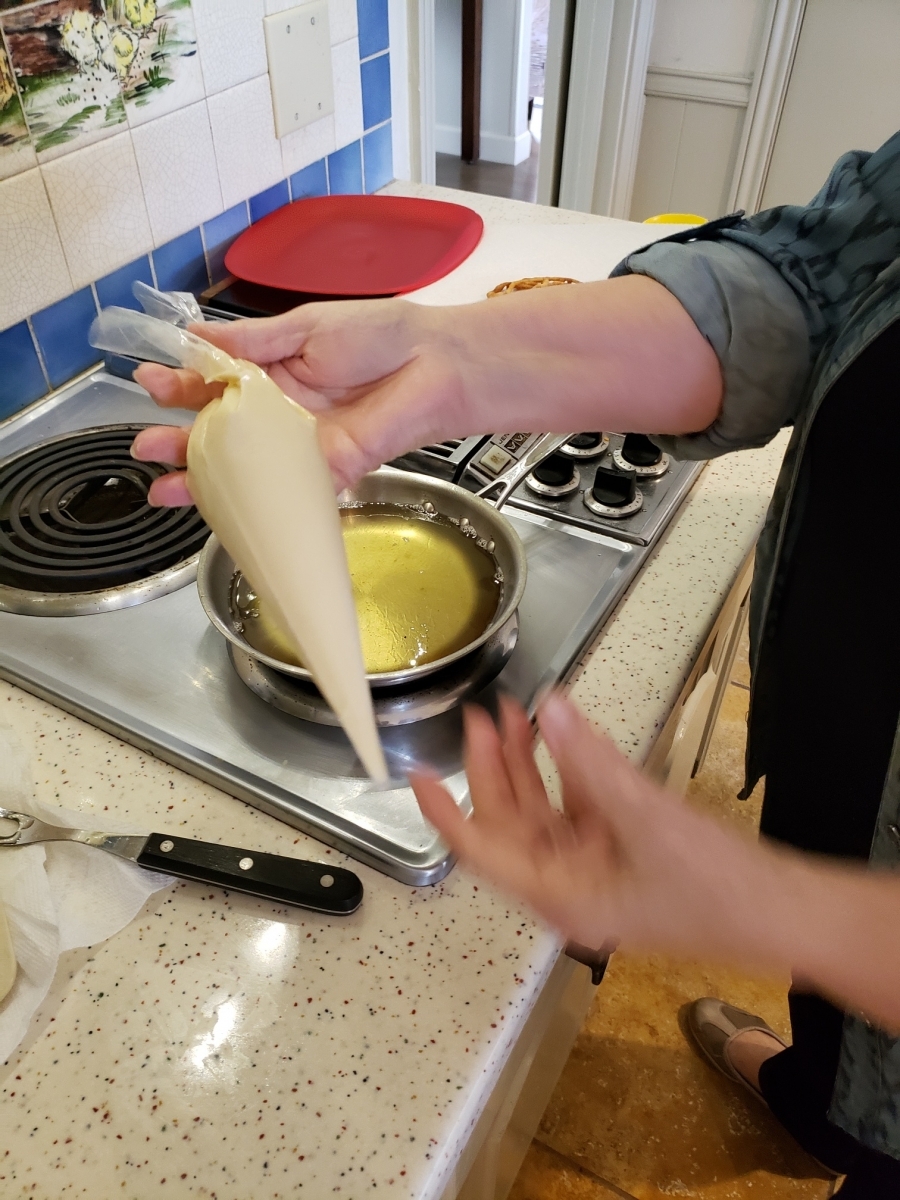 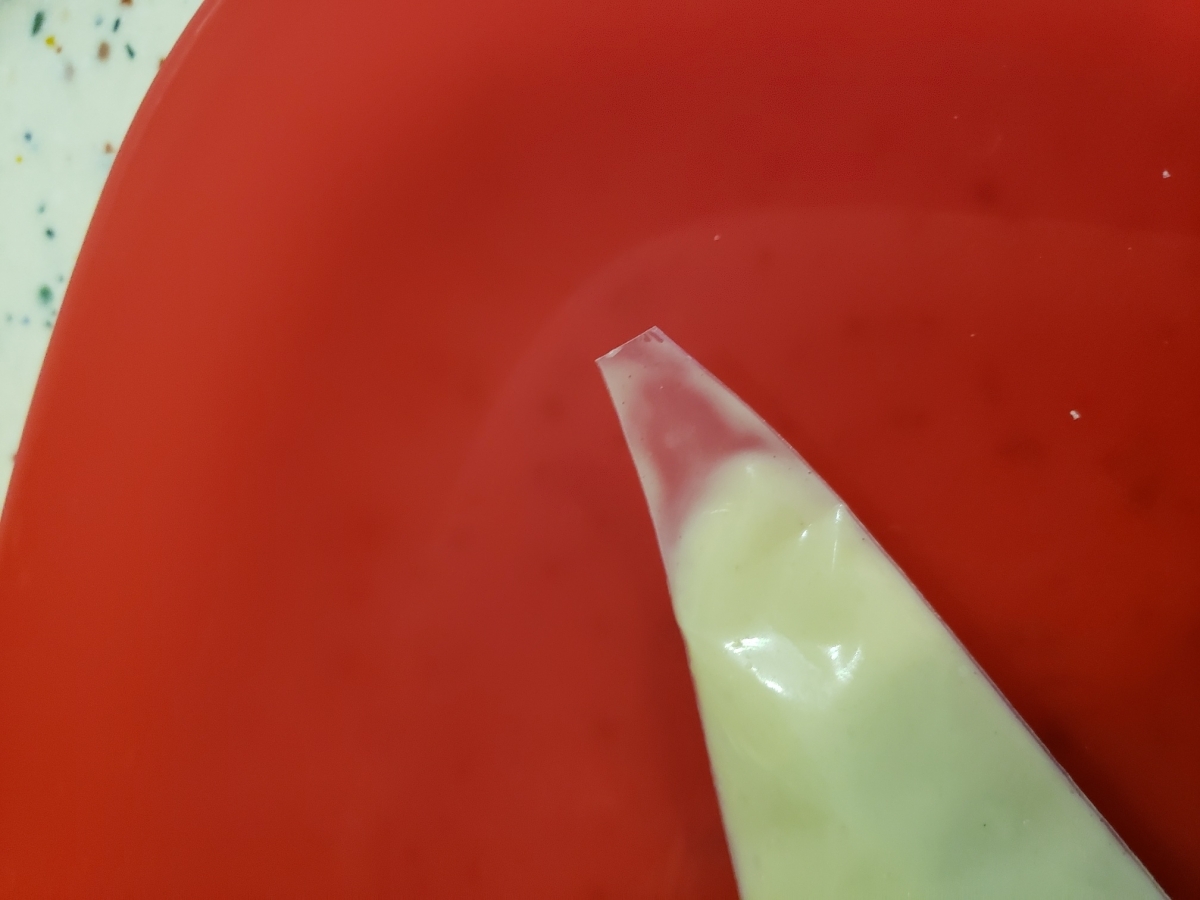 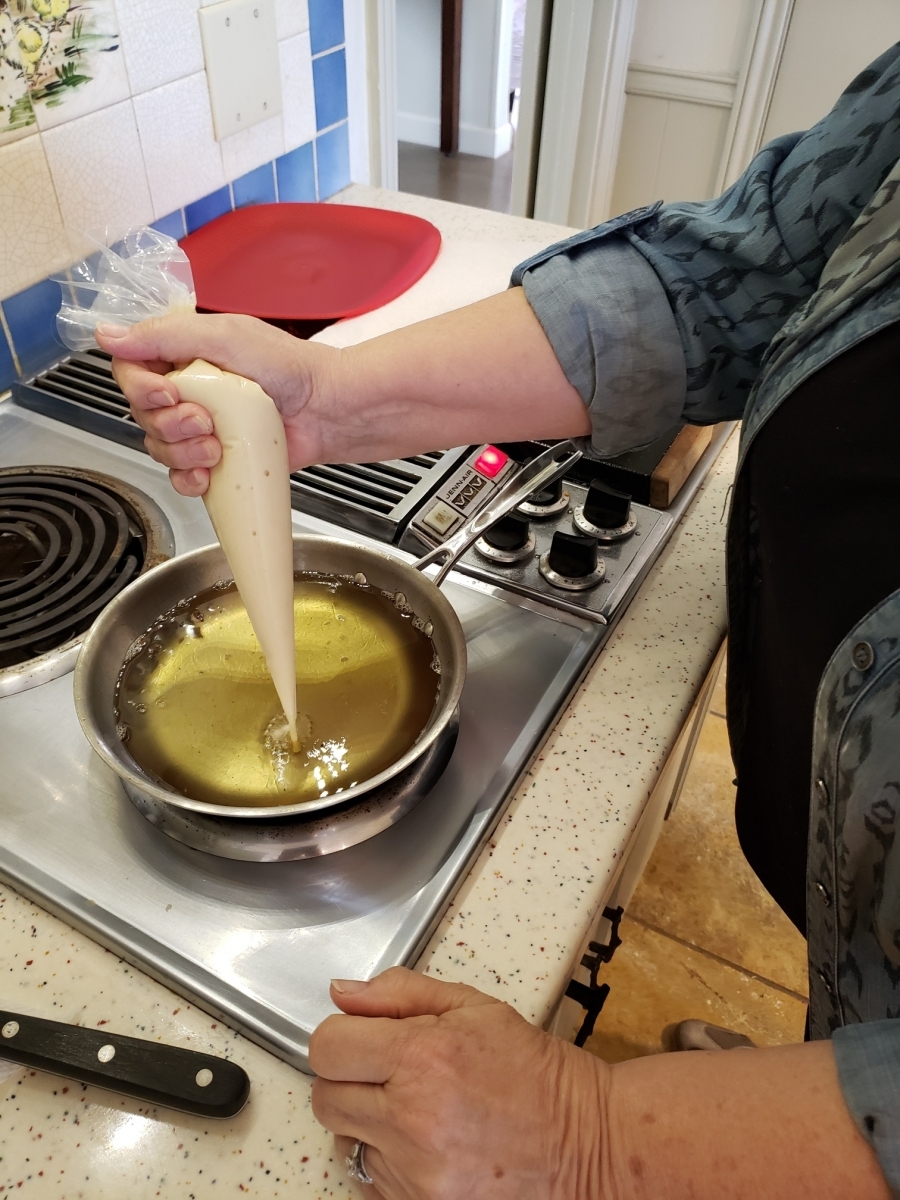 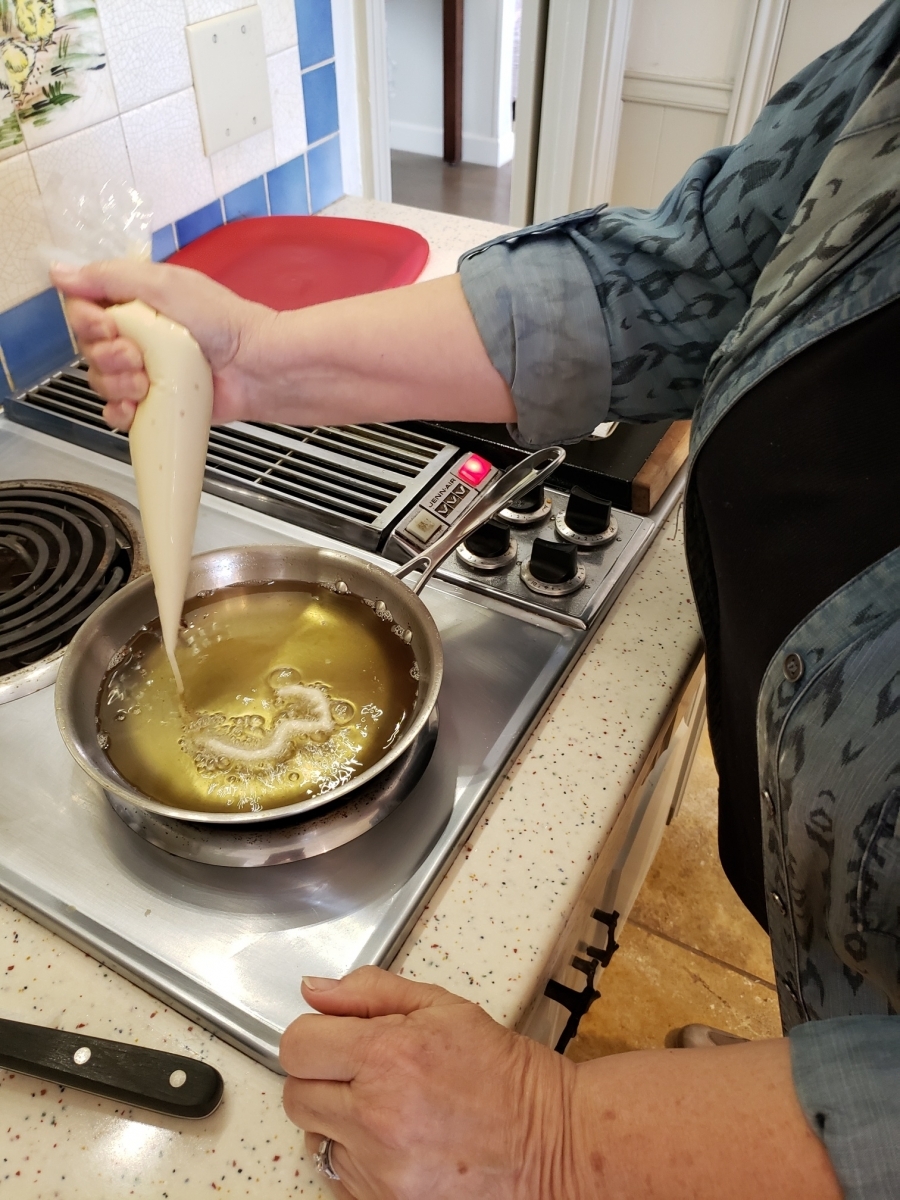 The goal is to have all the strands connect. Otherwise you'll have little lone ranger floating French fries. And this dessert is American, so get it together. #Unity. 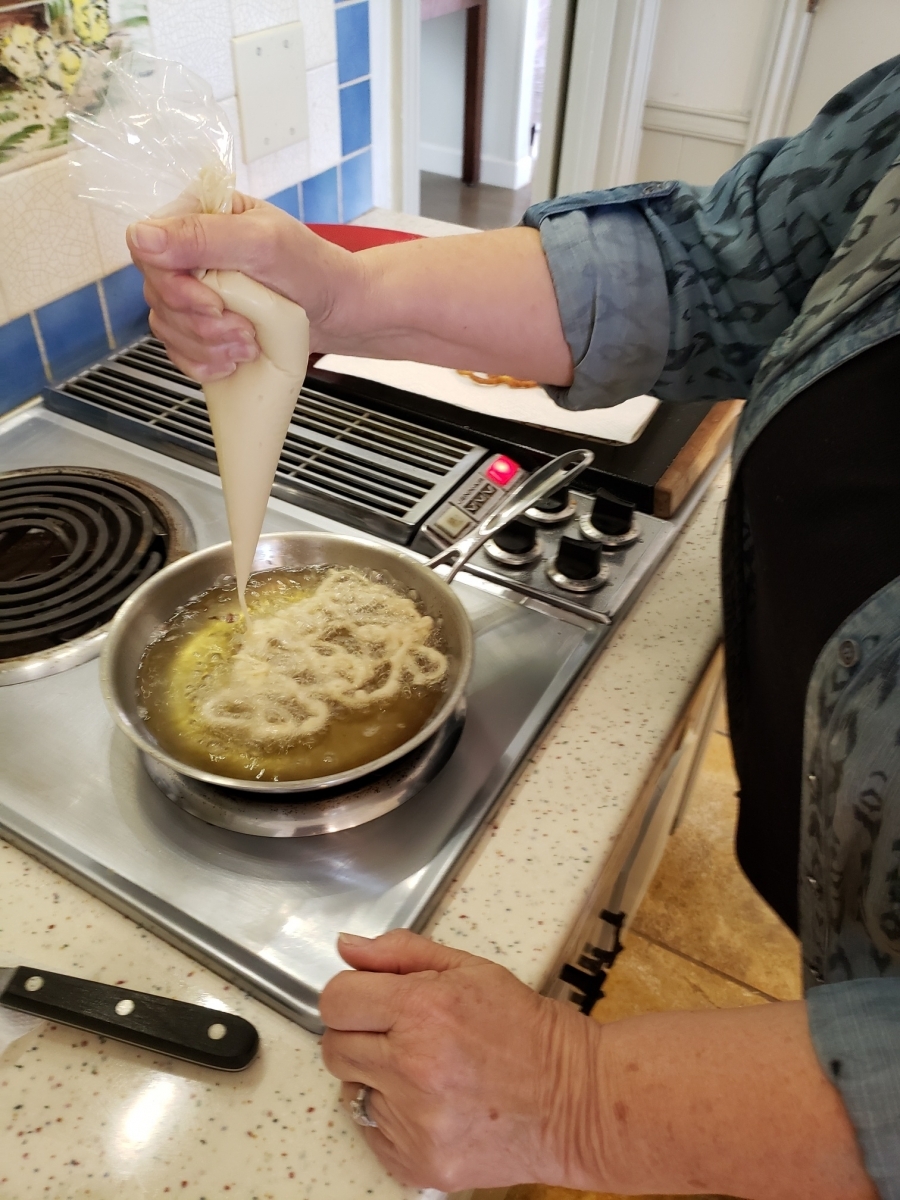 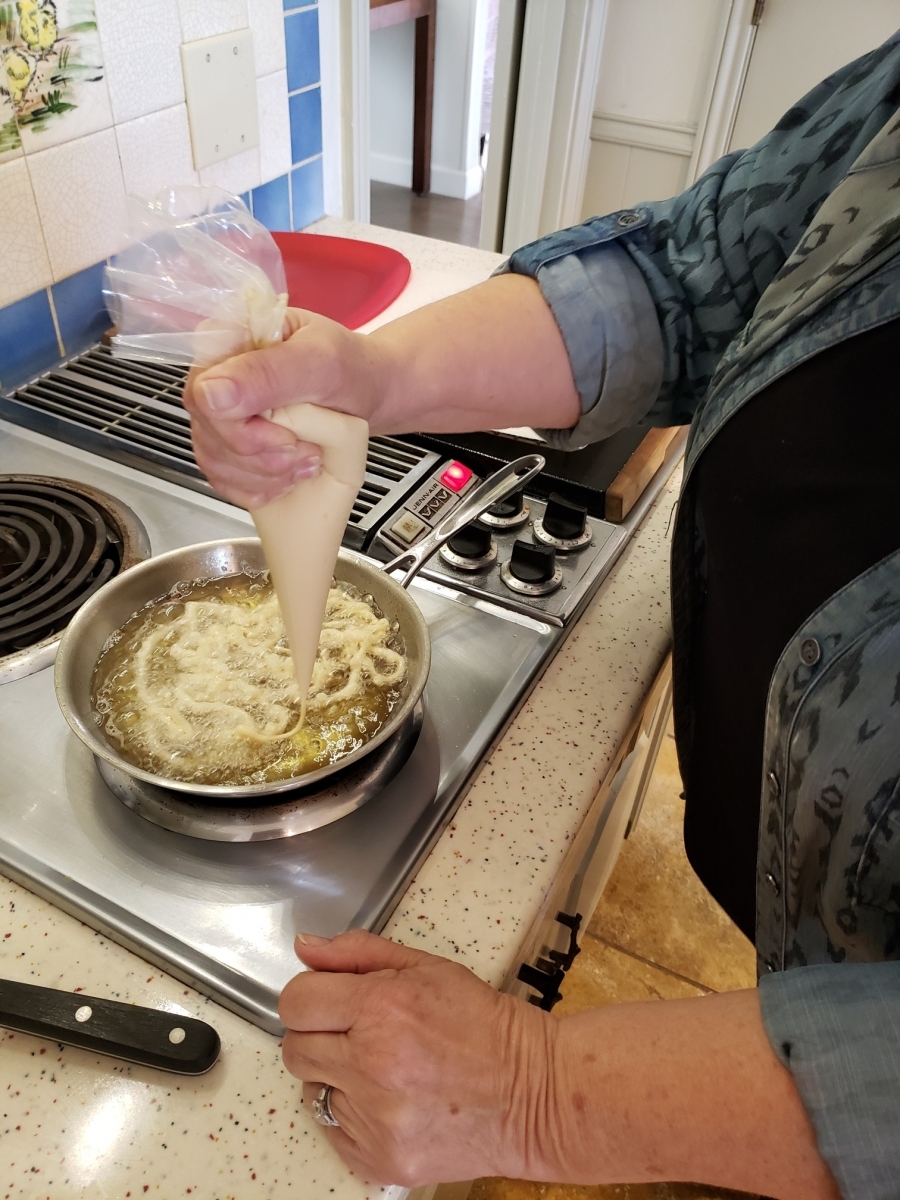 Flip when lightly browned. You'll want to use long-handled utensils to avoid hot oil splashes. Or make your least favorite guest do this part. 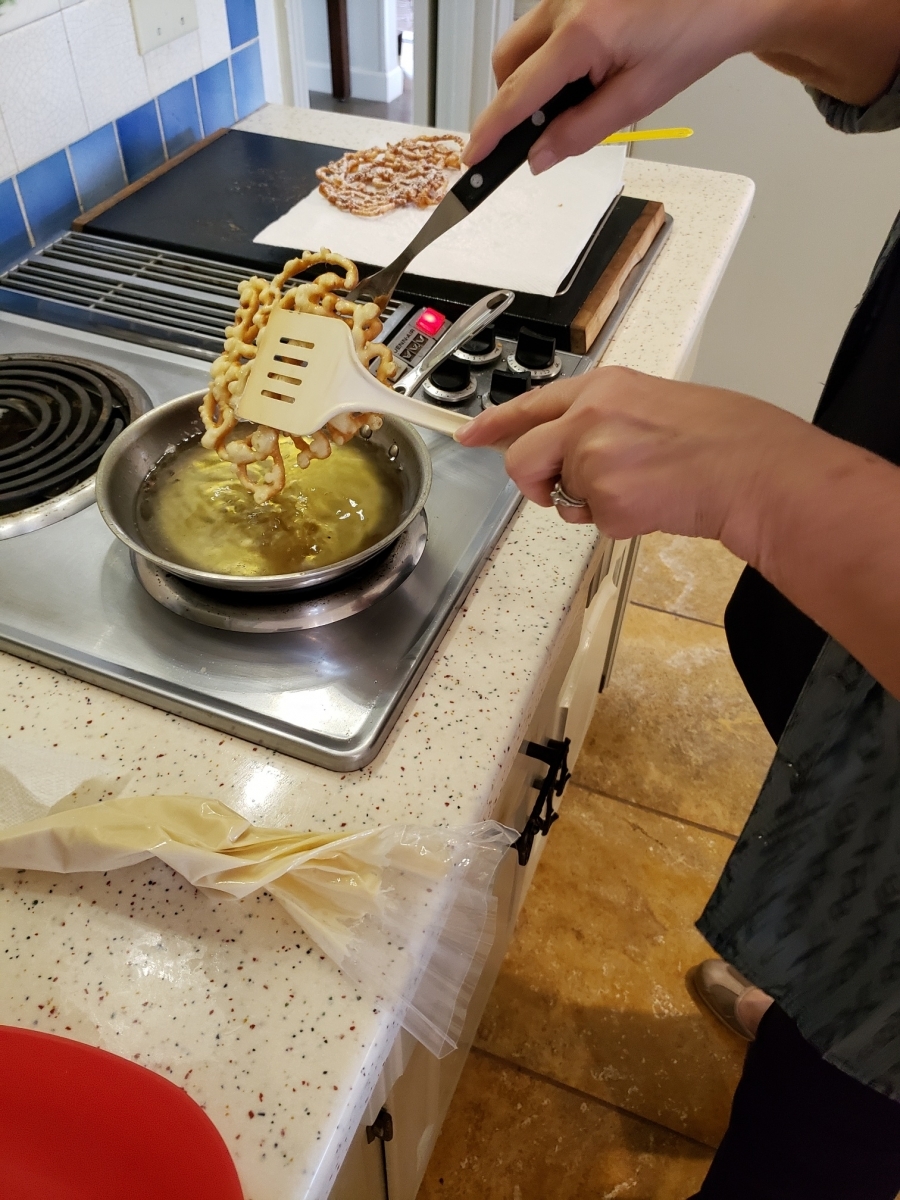 Brown the second side. Just like bacon, take it out of the pan and drain (ewww) on a paper towel. 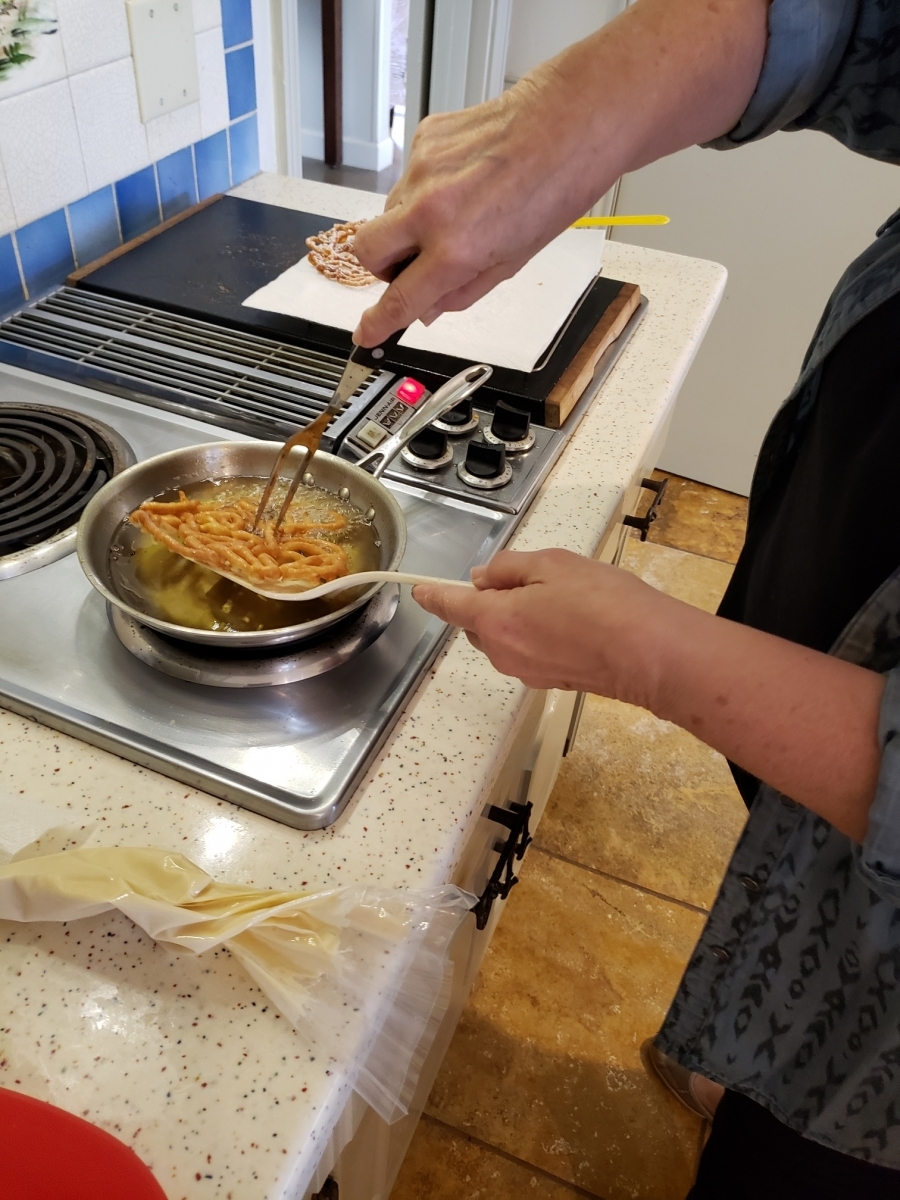 Sprinkle with powdered sugar and eat while hot. 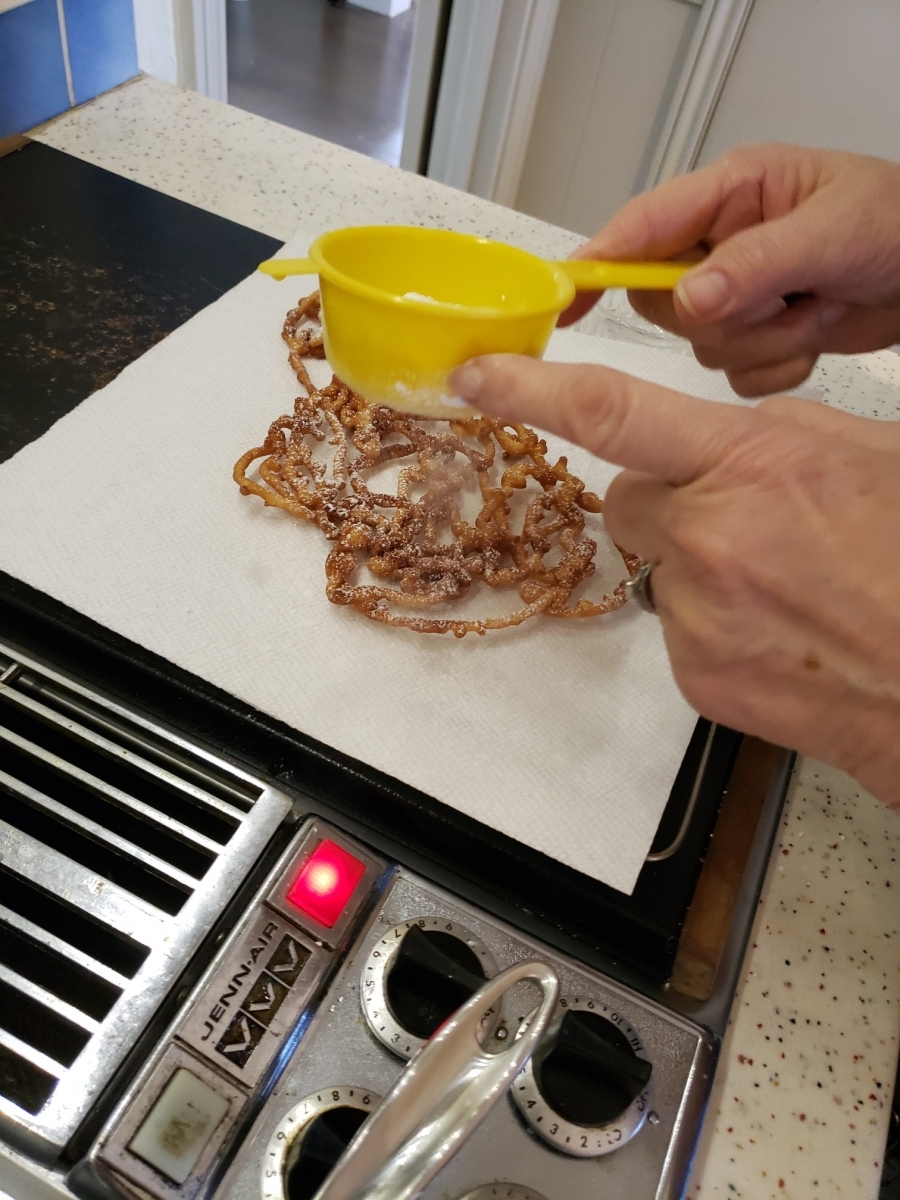 And like pretty much everything else, it's great with ice cream and strawberries! 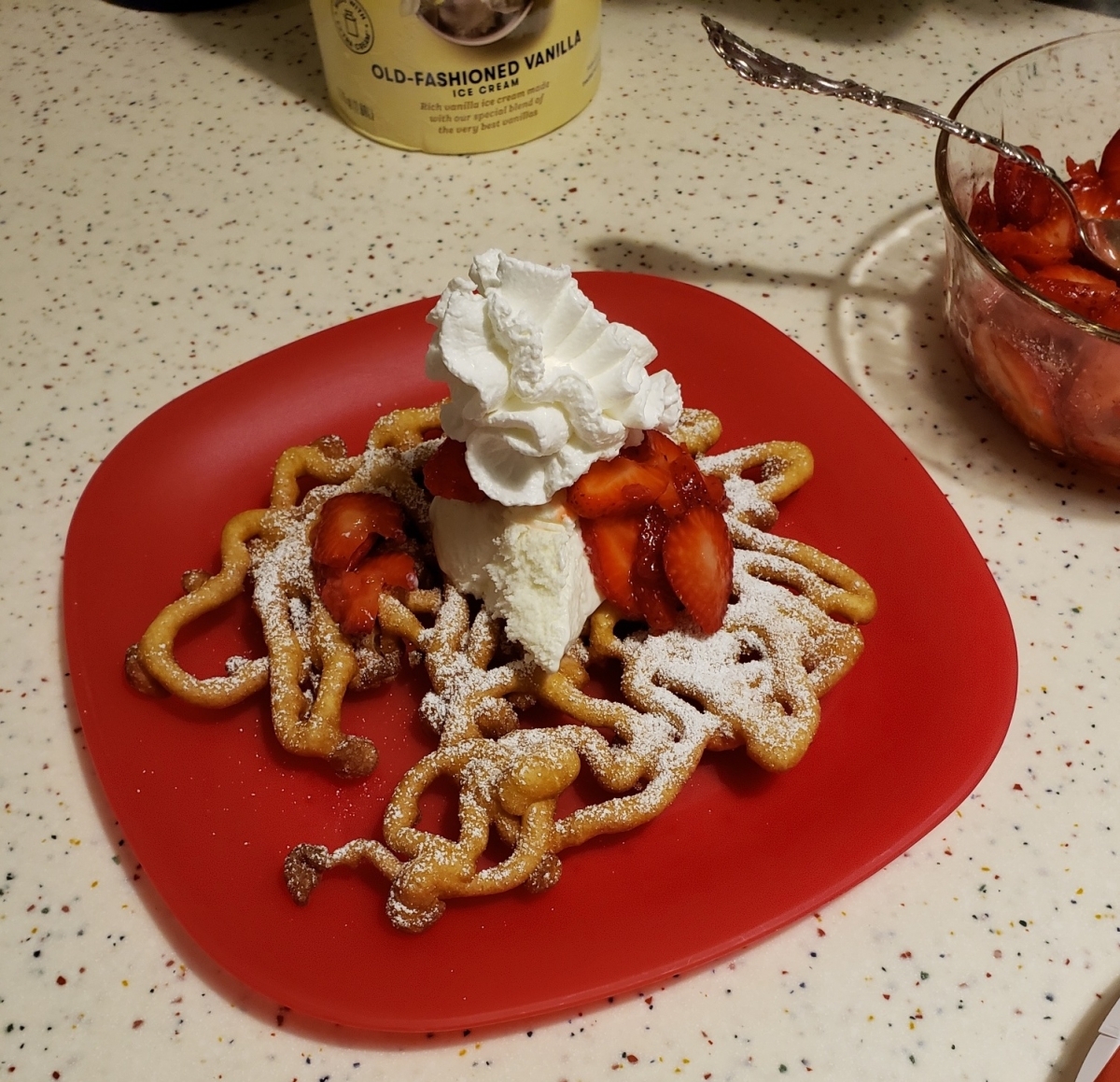 Thanks Kathleen for sharing your American themed dessert.

We hope you enjoyed this recipe. We share fun / unique / unexpected recipes each week on the weekly VTE (Virtual Travel Experience) each Sunday at 7:00pm EDT. We hope you'll join next week!